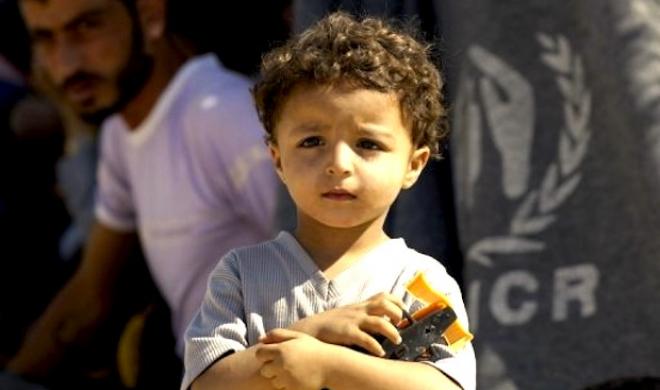 The United Nations High Commissioner for Refugees (UNHCR) welcomed the Egyptian Ministry of Education’s announcement on Tuesday, which granted Syrian children continued access to education in the country.

With the 2013/2014 school year set to begin on 21 September, the Minister of Education highlighted the historic ties between the Egyptian and Syrian people and “the government’s commitment to assisting Syrian refugee students.”

UNHCR posted on its website that there is a deficit of $52m in the funding requirements for Syrian refugees in Egypt.

According to government estimates provided in June, 250,000 to 300,000 Syrians currently reside in Egypt, of which over 104,000 are currently registered with UNHCR.

“Around 30,000 of registered Syrian refugees in Egypt are of school age, of which half have enrolled in school,” read the UNHCR statement.

“To help boost school enrollment, UNHCR provides Syrian refugee children with grants upon enrollment,” the UNHCR said, adding that together with UNICEF, they are assessing which public schools see the highest number of refugees to determine the appropriate level of assistance needed to enhance their capacity.

Susan, a Syrian from the Tadamon Community Centre, explained that the Ministry of Education decided on 1 August to halt access to education to Syrian children before resuming it once again 20 days ago.

She explained that she has received complaints from Syrian parents “who want their children enrolled in a public school where they had to pay an amount of EGP 1200, which is extremely difficult, however, as of Tuesday, some families have in fact enrolled their students without paying a fee.”

“Many of the Syrians in Egypt decided to move to Turkey, where they have schools providing the Syrian curriculum,” Susan added.

Dr Reda Mosaad, head of the General Education Sector at the Ministry of Education, said that Syrian children are “treated as Egyptians in Egypt,”adding that “Egyptian children pay a small amount of money [for their schooling], while Syrians are exempt from any fees.”

Alongside the UNHCR statement, the Egyptian United Nations delegation expressed its alarm on Monday at the displacement of 6 million people due to the Syrian conflict.

The statement came during the 24th session of the Human Rights council, which was held from 9 to 27 September.

The Egyptian ambassador, in clarification to the Human Rights Council, delivered a statement that it “welcome the allocation of $50m from the central emergency response funds to boost the efforts of humanitarian agencies.”

The delegation announced that they are “alarmed at the number of civilians in need of humanitarian assistance, as they live in areas where life-sustaining services are considerably compromised.”

“We wish to reiterate that a political solution will tackle humanitarian suffering and displacement,” the Egyptian delegation announced before calling on all parties to “facilitate unhindered access to humanitarian workers and ensure their safety.”

The delegation asked the UN High Commissioner for Refugees to convene a high level meeting on “Solidarity and Burden-Sharing” with the countries hosting Syrian refugees.

The Human Rights Council had previously discussed Syria and Egypt during their first day of convention on 9 September, when a statement was delivered regarding both situations by the United Nations High Commissioner for Human Rights, Navi Pillay.