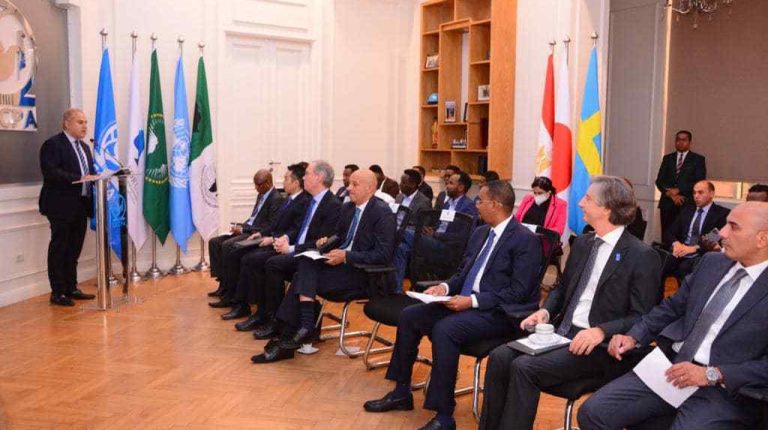 The Cairo International Centre for Conflict Resolution, Peacekeeping, and Peacebuilding (CCCPA) — in collaboration with the African Union Transitional Mission in Somalia (ATMIS) and the National Union of Somali Journalists (NUJP) — held a training course to build the capacity of more than 21 Somali journalists in peacebuilding and conflict data collection.

The course aims to develop the skills of civil society to cover conflicts accurately, neutrally, and responsibly. Participants will also be taught the basic challenges of reporting and how to overcome them in an environment rife with challenges posed by the threat of terrorism.

Director-General of the CCCPA Ahmed Abdel Latif said that this session reflects Egypt’s keenness to build the capacity of Somali cadres and the continuation of the centre’s efforts to rehabilitate those cadres to deal with the challenges of the current stage.

He added that the training session was held within the framework of activating the conclusions of the Aswan Forum for Sustainable Peace and Development.

Furthermore, Ashraf Sweilam — Director of the Department of African Organisations and Groupings at the Foreign Ministry — underlined the importance of holding this session, which is an extension of Egypt’s efforts to support security and stability in Somalia and enhance the efforts of ATMIS to achieve peace and security.

For his part, Ilias Sheik Omar — Somalia’s Ambassador in Cairo — praised the efforts of Egypt for its continuous support to Somalia in all fields and at all levels, which indicates the depth of bilateral relations, which are currently at their best level.

He also thanked Egypt for its sincere efforts to stand by Somalia at this crucial stage in its history and also thanked the CCCPA for its constant commitment to strengthening cooperation with Somalia and for dedicating this important session to building the capacities of journalists and media workers and raising the scientific level of trainees.

Finally, Colonel Mohamed Serrat — Information Officer of the ATMIS — thanked the CCCPA for choosing this important topic, which is a priority for journalists working in conflict areas, in order to familiarise them with the characteristics that must be available in relevant press coverage.