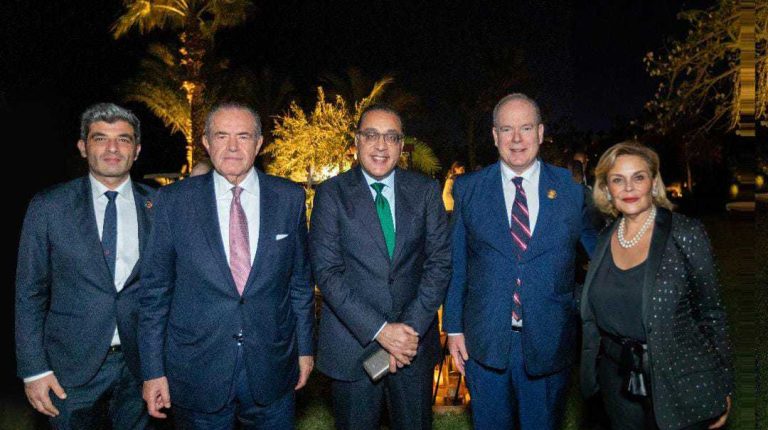 Egypt continues to reap the fruits of its proudly hosted COP27, as Prince Albert II of Monaco has awarded the membership of the very distinguished Planetary Health Pledge Club to outstanding Egyptian entrepreneur Rawya Mansour, CEO of Ramsco Egypt and Oasis Technologies Monaco.

Rawya has been named one of Africa’s Most Influential Leaders for 2019 in recognition of her environmental conservation efforts crystallized in her entrepreneurial business projects for organic farming and waste recycling showcased in a number of events and panels during COP27.

Prince Albert II of Monaco Foundation, established in June 2006, focuses on pioneering efforts in environmental conservation and sustainable development and acting on both local and international scales.

Rawya Mansour said she was “pleased and proud to be the first Egyptian woman to be awarded the Membership of the Planetary Health Pledge Club alongside laureates such as Anges M. Kalibata, the UN Secretary General’s Special Envoy for 2021 Food Systems Summit and Dame Jane Francis the first female director of the British Antarctic Survey.

Women played a visible role across fields during the UNFCCC’s Conference of the Parties in Sharm El Sheikh. The Gender Day at COP27 in particular, showcased endless achievements that underscored the importance of women empowerment and achieving gender equality on the road to SDG fulfillment.

To date, Rawya’s projects have focused on organic farming and food waste recycling using biochar, a unique method developed to end GHG emissions. During the climate summit held in Egypt, Prince Albert II of Monaco Foundation organised the third edition of its Ocean Innovators to boost the spirit of innovation, initiative and investment for a blue, sustainable economy.