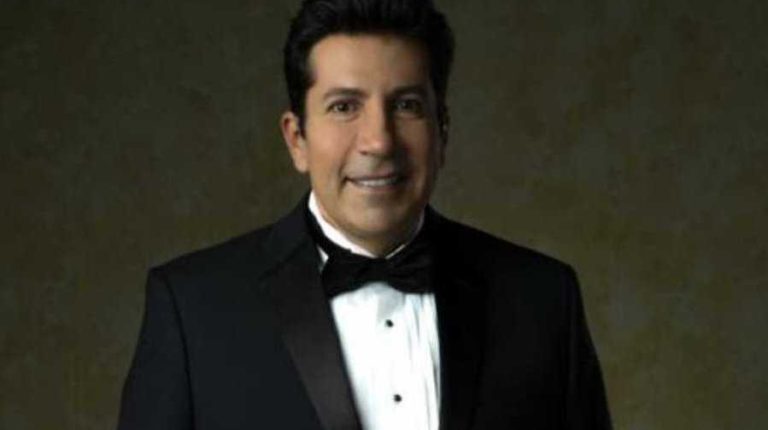 Hani Ramzy is one of the most important comedy stars in Egypt and the Arab world. He has a long history of films that have achieved great success on all levels.

Daily News Egypt sat down with him to discuss the comedy, along with the many real issues that he presents in his films.

He said that he prefers to be absent from the screen for years if he does not find the appropriate cinematic work because what matters to him is to present good work based on a good script, helmed by a talented director, and supported by an outstanding cast.

To start off, tell us about the Awladna Festival and your participation in it by presenting the opening ceremony.

I was very happy working with our children with special abilities, who are really talented and who have a wonderful spirit and strong will. I am more than happy with the state’s great interest in them, and it is a great honour for me that I presented the opening ceremony of the sixth session of the festival, as well as acting in it.

The wonderful children that participated in the festival received much praise from the audience for their art and performance.

Tell us about your new movie Naughty Online.

I will begin filming next month. The script has been submitted to the Censorship Authority and the cast is currently being chosen.

The film was written by Sameh Sir Al-Khatm and Shadi Mohsen. The film discusses the idea of ​​social media and its impact on our lives, thoughts, opinions, personalities, and behaviour, as we have become absolutely dependent on it in our daily lives. All these concerns will be discussed in a comic framework.

Some say that this movie was called Omar Al-Mukhtar. Does this mean that the events of the movie have been changed?

The film did not change, only the name was changed, but the script is very much the same. We decided to change the name so that there would be no confusion between it and the character of Omar Al-Mukhtar, who was presented before in cinema.

I will be playing the Omar — an indecisive man that works in the field of advertising and specialises in social media. He also has a one-sided romantic relationship with a woman. The events that follow are beautiful and presented in a spontaneous comic style.

Why have you been absent from the big screen for so long?

I don’t like to be on it just for the sake of exposure. The goal is to create something worth watching. Throughout my career in art, I studied all my options carefully to ensure the quality of the work that I present. Whenever I find something that is suitable and good for me, I do not hesitate to get involved in it.

It is important for me to present an integrated work in the sense that the script, director, and cast are distinguished. All of these factors influence my choices.

What about your experience in the movie EGP 200, especially since your role impressed the audience and critics?

The movie EGP 200 was one of the most important experiences in my artistic career, because it was my foray into a tragic story, which made me change my entire acting style.

For the first time, I steered clear from comedy. The film also had a lot of star power. This is why I consider the role that I played to be one of the most important and beautiful roles that I have had the pleasure of performing.

What about the reactions you received after your latest show, The Killer I Love, which was streamed on an electronic platform?

The reactions were wonderful, and the series achieved high viewership rates, thank God. This series witnessed my return to drama after a long absence that lasted eight years. And thank God, I returned to my fans with something they enjoyed and drew a smile on their faces.

As you saw, the work was a comedy that had elements of suspense and excitement. This is the type of work that I love.

Your role in the series Al-Aaedoon (The Returnees), which aired last Ramadan, impressed the audience. Tell us about that.

I was a guest of honour in the series, which I consider an important national project. When the script was presented to me to appear in a few episodes, I was surprised when I read the text that it was a tragic role from A to Z.

On screen, it was very worrying for me, but at the same time, I found a consensus on my nomination for this role. Thank God, I achieved great success, and I am proud that I participated in it, because it was written professionally and wonderfully, and it was a patriotic piece that revealed many things.

But there are stars who do not accept to participate as guests of honour for an episode or two.

On the contrary, all Egyptian stars love to be in national works, even if their appearance is in one scene. Egyptian artists love the soil of this country, and our profession is a great one.

This is also our duty — to present work that enlightens people’s minds and raises an alarm. And believe me, we are not only presenting to Egypt, but to the entire Arab world. Terrorism is a global issue, from which the whole world suffers, not just Egypt.

Is there any truth to the rumours circulated by the media that you are preparing for a comedy series that will air during the 2023 Ramadan Marathon?

Yes, they offered me a script for a wonderful comedy series, with a name that remains to be decided, but I have not formally accepted it yet. But I really hope to be involved in the next Ramadan season.

However, we’re still not sure if it will air during Ramadan or if it’s going to end up on a streaming platform.

You left the theatre for many years, then returned with the play Abu Al-Arabi. Why this long absence?

I was absent from the theatre scene for 18 years for many reasons, one of which is that I and fellow artists of my generation were busy with our cinematic and television works at a time when it was difficult to combine these jobs with theatre, because it requires a more generous schedule.

There are other reasons as well, including the state of security in Egypt during that hiatus and how it affected the country’s art scene as a whole. However, when when things stabilised, we staged Abu Al-Arabi and we even performed it in many countries, where it achieved unparalleled success and consistently sold out tickets.

But I must make it clear that the play has nothing to do with the movie, as some have repeated it, because the two works are completely different from each other.

Are you satisfied with the works that you have presented throughout your artistic career?

Thank God, I am satisfied with all my work. Of course, I do not mean that I am above mistakes; I am at the end of the day a human being, and we are all subject to mistakes.

I may have presented work that you admire but others do not. Difference of opinions in art is healthy. Even the greatest works of art have supporters and opponents. But personally, I am satisfied with everything I have done so far.

How do you choose your roles?

My choice does not stem from my role only, but through the project as a whole and all its elements. This is because I expect the viewer’s reaction and whether this work will leave an impact on them or not.

Also, I am keen at the same time that all the elements are polished. It’s not enough to have a good script; it has to be supported by a good director, producer, and cast.

So, whenever I find any of these elements get lost in the process of implementation, I usually leave the project quietly because I am not obligated to submit work every year or submit subpar work.

In the past years, you presented an ad for a product that sparked a great deal of controversy. What was the reason behind your participation in this ad? Was it for the sake of money, as some say, or something else?

Of course, for the sake of money, no artist anywhere in the world participates in ads except for money. But the ads that I present must be impressive and befitting of my name.

As for what you say about the ad that sparked controversy, I was honestly surprised by the reactions and did not anticipate it at all. But I consider it one of the most successful ads that I took part in.

As for opinions, there will always be supporters and opponents to any work of art, regardless of its scale. The very same opponents that attacked me for taking part in a commercial for underwear would be more than willing to level equally ferocious criticism at my movies or shows. It is the way of the world, and I am at peace with it. In general, any ad will have its moment in the spotlight and then people will eventually forget it. They are not timeless historic pieces like other works of art.

There is a complaint that the young generation does not care about their country’s festivals. What do you think about that?

I, myself, attend all festivals, and artists must be keen to show interest and attend their country’s festivals.

This is because Egypt has a strong influence, and it is not permissible to have a festival bearing the name of Egypt avoided by its own local artists.