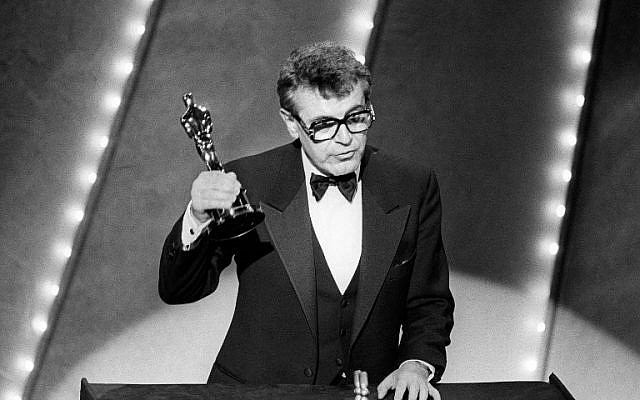 Born in the Czech town of Caslav in 1932, Forman moved to the US after the communist government’s crackdown on the 1968 uprising known as the Prague Spring took place and he was eventually granted US citizenship in the 1970s.

Forman was one of the most important directors of the Czechoslovak New Wave.

Before fleeing to the US, the acclaimed director joined the new wave of filmmakers who confronted the communist regime in former Czechoslovakia. Movies like Black Peter (1964), Loves of a Blonde (1965), and The Fireman’s Ball (1967) remain memorable from that era.

Forman’s first overseas film was Taking Off, which was released in 1971. This was followed by One Flew Over the Cuckoo’s Nest four years later, featuring Jack Nicholson. The film, which depicted the contemporary world through life in a psychiatric institution, is considered one of his masterpieces and earned him an Oscar in the best director category.

Even before 33 Oscar nominations and 13 wins for his films, as well as multiple Golden Globe, Cannes, Berlinale, BAFTA, Cesar, Donatello, and Czech Lion awards, Forman was synonymous with the famed Czechoslovak New Wave, and the year of his film debut, 1963, was also considered the beginning of this informal movement.

He shot one of his most famous films, Amadeus, in still-communist Prague in 1983. The movie tells the life of 18th-century composer Wolfgang Amadeus Mozart through the eyes of his rival Antonio Salieri and delivered Forman his second Oscar.

In the context of Czechoslovak cinema in the early 1960s, Forman’s first films Black Peter and Talent Competition amounted to a revolution. He was influenced by Czech novelists, who revolted against the establishments’ dogmas in the late 1950s rather than by Western cinema. Although the mark of late neorealism was obvious, in particular in the work of the Italian film director Ermanno Olmi, Forman introduced to the cinema after 1948—the year of the communist coup—portrayals of working-class life untainted by the formula of socialist realism.

Though Forman was fiercely attacked by Stalinist reviewers initially, the more liberal faction of the Communist Party, then in ascendancy, appropriated Forman’s movies as expressions of the new concept of “socialist” art. Together with great box office success and an excellent reputation gained at international festivals, those circumstances transformed Forman into the undisputed star of the Czech New Wave.

Shortly after the Soviet invasion of Czechoslovakia in 1968, The Firemen’s Ball was banned, and Forman decided to remain in the West, where he was working on the script for what was to become the only film in which he would apply the principles of his aesthetic method and vision to indigenous American material, Taking Off. It is also his only American movie developed from his original idea; the rest are either adaptations or based on real events.

Traces of the pre-American Forman are easily recognisable in his most successful US film, One Flew over the Cuckoo’s Nest, which radically changed Ken Kesey’s story and—just as in the case of Papousek’s novel Black Peter—brought it close to the director’s own objective and comical vision. The work received an Oscar in 1975. In that year, Forman became an American citizen.

Besides filmmaking, Forman was also involved in the academic world in recent years, accepting a position as professor of film and co-chair of the film division at Columbia University’s School of the Arts. He also appeared onscreen in several small roles, such as Catherine O’Hara’s husband in Mike Nichols’ Heartburn, in which he was reunited with his One Flew over the Cuckoo’s Nest co-star, Jack Nicholson, and as an apartment house janitor in Henry Jaglom’s New Year’s Day. Also, he appeared as himself in several documentaries.

Four masterclasses to be held during Cannes Film Festival