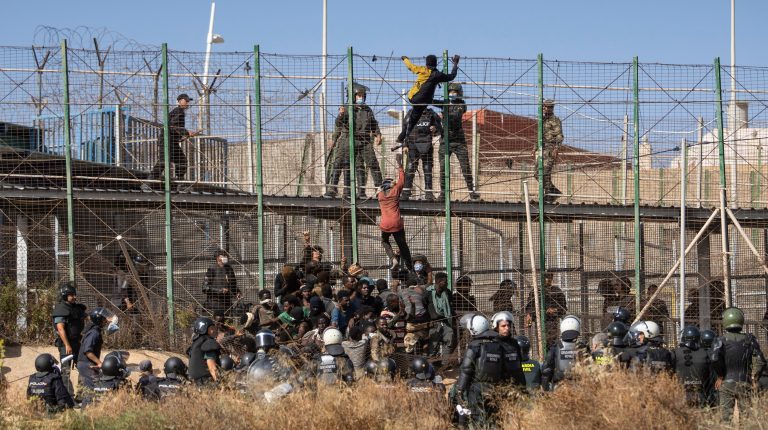 Chairperson of the African Union (AU) Commission Moussa Faki Mahamat has called for an immediate investigation into the deaths of more than 20 African migrants at the Morocco-Spain border.

Mahamat expressed “his deep concern and shock at the violent and degrading treatment of African migrants attempting to cross an international border from Morocco into Spain, with the ensuing violence leading to the deaths of at least 23 people and injuries to many more,” read a statement on Sunday.

He called for an immediate investigation and reminded countries of their obligations under international law to treat all migrants with dignity and prioritize their safety and human rights while refraining from the use of excessive force.

The deadly incident occurred in a stampede as more than 2,000 sub-Saharan migrants tried Friday to breach the border between Morocco and Melilla, a Spanish enclave city in Africa, Moroccan official news agency MAP reported.

MAP said that Moroccan security forces “intervened” when the migrants tried to scale or cut through a fence separating the Spanish city from Moroccan territory.

Spanish authorities in Melilla said most of the migrants were forced back except for 130 that managed to reach the enclave.