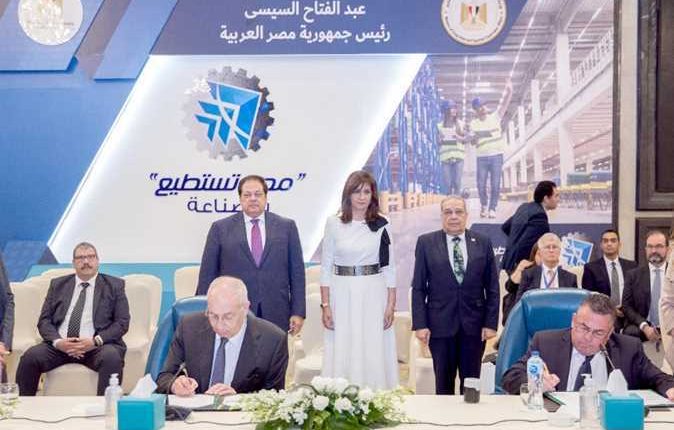 The Suez Canal Economic Zone (SCZone) has signed a memorandum of understanding (MoU) with Germany’s H2 Industries to build a new waste-to-hydrogen facility in East Port Said, with an estimated cost of $4bn.

Egypt’s Minister of State for Emigration Nabila Makram witnessed the signing ceremony between SCZone Chairperson Yehia Zaki and H2 Industries CEO Michael Stusch, on the sidelines of the “Egypt Can” conference in Cairo.

“This agreement is to pave the way towards producing green hydrogen from waste recycling in the East Port Said integrated zone,” Zaki said.

He added: “The MOU is not mandatory until H2 Industries finish all the feasibility studies we need to go ahead with the final contract, coinciding with COP27 next November.”

On his part, Michael Stusch said: “This project has the double benefit of creating valuable clean hydrogen while addressing the important issue of waste management by using organic waste, including plastic waste. This is just the first of three international projects where governments, around the globe, realize that organic waste and especially plastic waste, if treated correctly, can be a valuable asset and used to generate significant amounts of clean energy.”

The new project’s production will support Egypt’s energy transition and allow it to become an exporter of clean hydrogen and a global leader in a new hydrogen economy.

“We are convinced that waste-to-hydrogen power plants, with its unique impact on local GDP, local environment, and low-cost energy supply will become a significant part of each country’s energy portfolio, especially in Africa,” Stusch added.

This project targets a production capacity of 300,000 tonnes of green hydrogen per year, which means that the power plant will recycle 4 million tonnes of municipal solid waste (MSW) per year, transported by a fleet of hydrogen-powered waste trucks which can be transported and used to fill storage tanks.