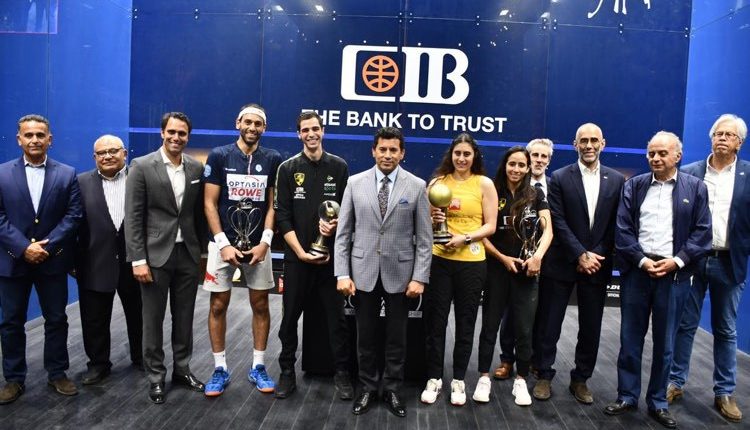 Nour El-Sherbiny, the Egyptian star for squash, imposed her dominance on the world championship after retaining her title for the fourth consecutive time and the sixth in her history, after defeating her fellow in the Egyptian national team, Nouran Gohar (No. 1), in a strong match that lasted for about an hour. El-Sherbiny won 7-11, 11-7, 11-8, and 11-7 in the final of the tournament, which was held at the National Museum of Egyptian Civilization in Cairo, with a total of financial prizes considered the largest in the history of squash tournaments.

It was the eighth final for El-Sherbiny and the seventh in a row in the world championship, as she has not missed the final since 2015.

Meanwhile, Ali Farag won the men’s world championship for the third time in his history and the second in a row after defeating his fellow Mohamed El Shorbagy 3-2 in the final match.

Thus, Nour El-Sherbiny and Ali Farag will qualify for the finals of the CIB PSA World Tour tournament, which will be held in Cairo next June, which brings together the world champions and winners in all the professional tournaments.

Egypt’s hosting of the World Squash Championship is a continuation of the series of Egyptian achievements in hosting the largest and most powerful international and world championships in the world, which came after a great effort and development of the sports infrastructure in Egypt, in addition to the development of a well-thought-out plan to advance players in all different sports to represent appropriately in the name and international standing of Egypt.