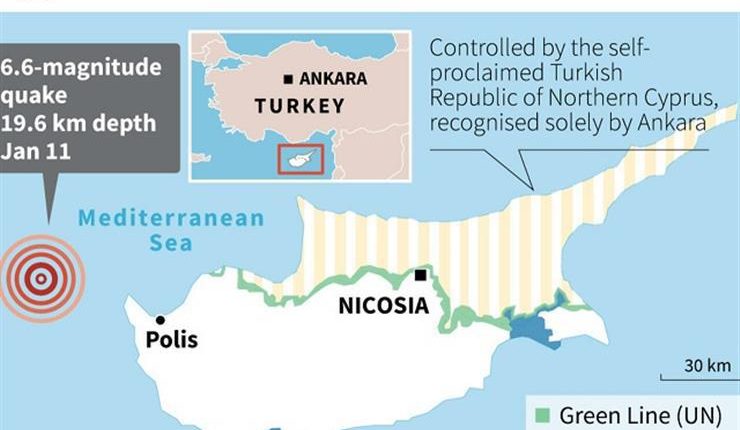 The US Geological Survey (USGS) announced Tuesday that five countries in the Eastern Mediterranean region, as well as the United Kingdom, felt the consequences of an earthquake that hit the coast of Cyprus in the early hours of Tuesday.

The people of Greater Cairo felt the 6.6-magnitude earthquake that struck the Mediterranean, 48 km from the Cypriot city of Paphos at 3:07 in the morning. There were no immediate reports of casualties or damage.

The strong and relatively shallow quake that struck at 01:07 GMT was centred 48 km (30 miles) west-northwest of the town of Polis on the Mediterranean island, the USGS said, however, there was a low likelihood of casualties and damage from the quake.

In media statements, Gad Al-Kady, the Head of the National Research Institute of Astronomy and Geophysics, said that the earthquake may have aftershocks for a period of two to three days.

He added that the National Seismic Network recorded imperceptible aftershocks of 3 and 3.2 magnitude, noting that the aftershocks are usually less than the earthquake itself.