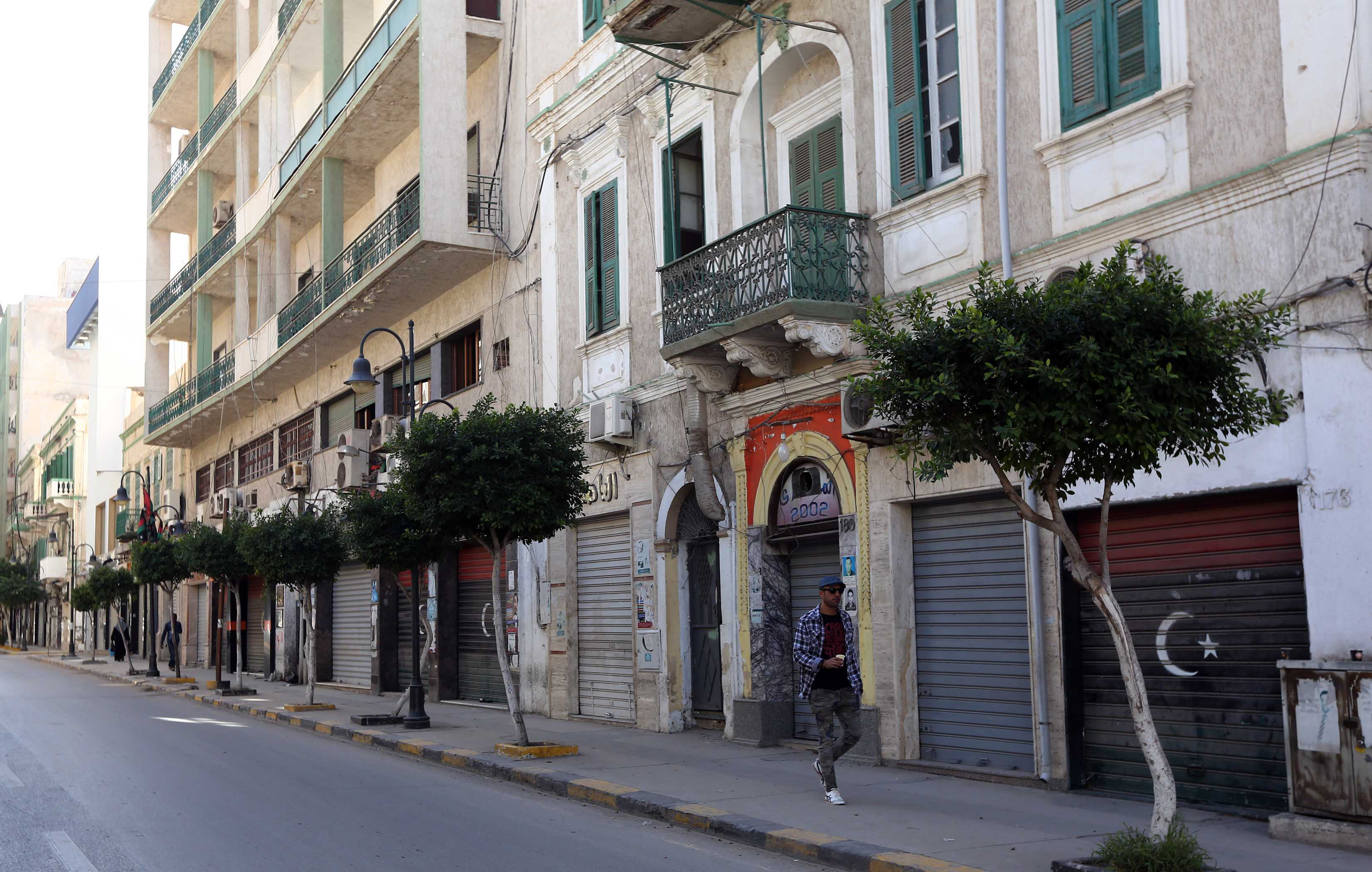 AFP – Tripoli began a three-day strike Sunday to mourn dozens killed in clashes at an anti-militia protest over the weekend, the deadliest violence in the Libyan capital since the 2011 uprising.

The weak central government has struggled to rein in former rebel brigades who helped end Moamer Kadhafi’s 40-year dictatorship but have since grown into increasingly menacing militias.

Demonstrators protesting against the militias on Friday were fired upon from a base belonging to battle-hardened fighters from the western city of Misrata, who killed several protesters before rival militias swept in, with gunfire and explosions echoing across the city.

The fighting raged overnight and into Saturday, as the Misrata base changed hands and reinforcements rushed into the city, before other former rebel brigades under the nominal control of the government secured the area and the Misrata fighters stood down.

At least 43 people were killed and another 450 were wounded in the fighting, the health ministry said.

Most businesses in Tripoli were shuttered on Sunday, with the exception of a handful of grocers and cafes. Banks were closed, as well as many schools and universities.

“Unfortunately, many schools are closed today,” education ministry spokesman Samir Jarnez told AFP, adding that he did not have an exact figure for the closures.

Tripoli’s city council had announced the three-day strike “in all private and public sectors” late Saturday, saying it was intended to express mourning and solidarity with the victims of the latest violence.

The city council urged citizens to exercise “calm and restraint,” and to give mediators a chance to resolve the conflict.

‘Real risk for an escalation’

Prime Minister Ali Zeidan has also called for calm, saying “the coming hours and days will be decisive for the history of Libya.”

Zeidan’s government has struggled to convince militias to disarm or join the national security forces, as many of the groups are more loyal to their commanders, towns or tribes than to Tripoli.

Zeidan himself was briefly kidnapped by militiamen last month before being released, underscoring his limited power.

The prime minister and other officials late last week had called on people to mobilise in peaceful protests against the militias, leading to the ill-fated demonstration outside the Misrata base.

Hanan Salah, a researcher with the US-based Human Rights Watch, said the latest clashes “showcase the extent of the reckless acts of unaccountable militias these past two years, and the government’s lack of ability to control them.”

“The priority for the authorities now is to get a grip on these renegade groups, disarm and demobilise them and hold them accountable for crimes committed,” Salah told AFP.

“Otherwise there is a real risk for an escalation in violence.”

The brigade at the heart of the latest violence saw some of the heaviest fighting during the uprising against Kadhafi, when Misrata, a coastal city 200 kilometres (120 miles) from Tripoli, was besieged and heavily shelled by regime forces.

After eight-months, rebels backed by a NATO air campaign eventually routed Kadhafi’s forces and captured and killed the longtime dictator on October 20, 2011.

Elections were held the following year, but as in other Arab Spring countries, Libya’s fledgling post-revolutionary government has struggled to rein in extremists and deliver on the promise of a more prosperous and democratic future.