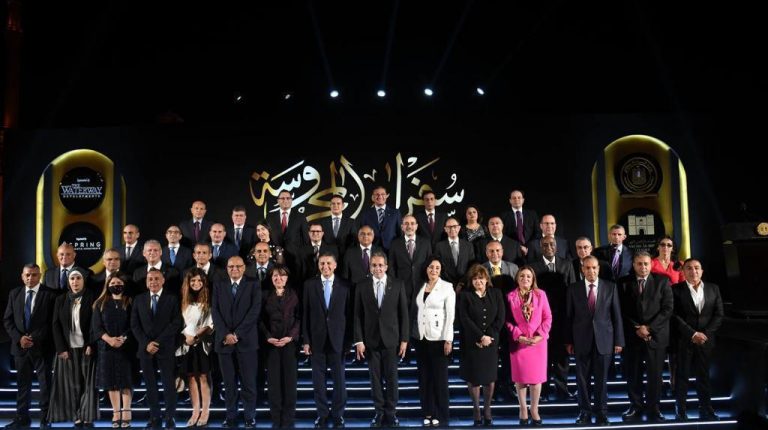 Egypt’s Minister of Tourism and Antiquities Khaled El-Anany has met with the ambassadors of Egypt and their consorts, before they left to assume their duties as heads of diplomatic missions abroad.

The meeting was organized at the Police Museum in Salah El-Din Citadel under the title “Ambassadors of El-Mahrousa”.

During his speech, El-Anany was keen to emphasize the importance of coordination and cooperation between the Ministries of Tourism and Antiquities and Foreign Affairs in supporting the tourism movement to Egypt, addressing the main pillars of the media strategy for tourism promotion in Egypt.

This is based on a new vision that aims to promote Egypt’s tourist destinations, rediscover Egypt’s archaeological treasures, modernize historical museums, and introduce Egypt and its distinct tourism potentials.

El-Anany praised the role of Egypt’s ambassadors in tourism and antiquities files, especially with regard to restoring Egyptian antiquities from abroad, organizing tourism campaigns, and opening new horizons of cooperation with accreditation countries to attract more tourism movement to Egypt.

He pointed out that the Ministry of Tourism and Antiquities supports the ambassadors’ efforts and is keen to provide them with the necessary data and information to facilitate their mission.

Ambassador Omar Amer, Assistant Minister of Foreign Affairs, gave a speech in which he thanked El-Anany for hosting the meeting of the “Ambassadors of El-Mahrousa”, noting that cooperation and coordination between the two Ministries represents an extended partnership aimed at promoting Egypt as a global tourist destination.