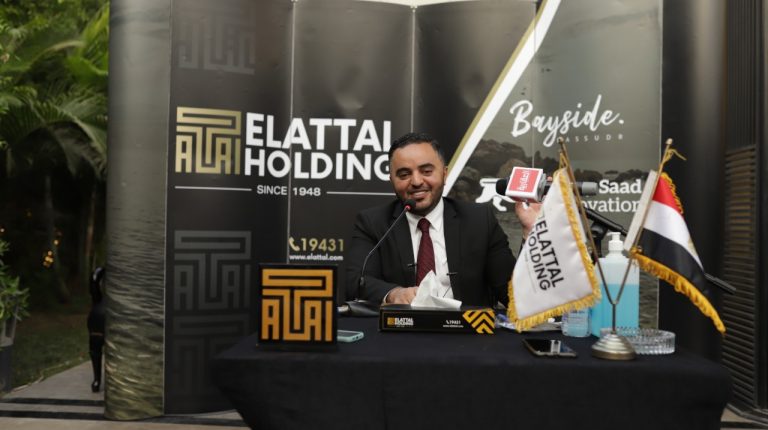 Egypt’s real estate developer El-Attal Holding announced that their debut project in the New Administrative Capital (NAC), “PARKLANE” has sold 90% of Phase 1 units, 95% of Phase 2, and 90% of Phase 3.

Furthermore, 50% of the construction of Phase 1 is completed and is planned to be fully developed throughout this year, along with 15% of Phase 2.

The project is built on 27 Acres of land in 4 phases. The project allocated a total of EGP 4bn and would be delivered in parallel to the construction of the commercial mall in Q1 of 2024.

“PARKLANE” is strategically located in NAC’s R7 district (D-2). Among other acclaimed developers. R7 district was chosen by El-Attal Holding as it is one of the 1st residential areas soon-to-launch in NAC.

The project’s location provides easy access to acclaimed academic establishments such as the Swedish University, parks, retail, and freeways.

Inspired by the stunning English architecture, taking its name from the well-known street located in the heart of London, El-Attal Holding offers its residents an unparalleled lifestyle. The compound’s astonishing design is enhanced by the abundance of fantastic amenities, excellent security, and lively community, all with an eye for privacy.

Ahmed El-Attal, Chairperson of the Board of Directors of El-Attal Holding said, “We saw The NAC as the perfect place to hold “PARKLANE”. The company has invested more than EGP 250m in construction activities over the last year, and injected EGP 150m to drive development works forward through 2021. Furthermore, ATTCON Construction, our building arm, has developed a central mixing station with a production capacity of roughly 6000 sqm to fulfil all of the project’s needs.”

On another front, El-Attal stated that “Bayside” would deliver in 18 months in Ras Sudr, South Sinai while expecting EGP 500m in sales for the mini-compound by the end of 2021.

With EGP 1bn in investments, “Bayside” covers 7 acres of land, and consists of a 40-room hotel, with 170 fully serviced apartments. With “Bayside” being at the finishing phase, construction work has been concluded.

Moreover, El-Attal Holding collaborated with the Chairperson of Yasser Al-Beltagy Engineering and Architectural Consultancy for his long rich experience; along with Hany Saad, CEO of Hany Saad Innovations to work on the interior design of “Bayside” units and facilities.

Furthermore, El-Attal emphasized Ras Sudr’s growing infrastructure development as an opportunity: “Ras Sudr is a vital and promising location as it’s a hot-spot for investment. An uncharted location from the past, we aim to rediscover it with upcoming generations.”

He continued that most recently, new roads and tunnels have been constructed in Ras Sudr as part of a government plan to rebuild and revitalize the entire Sinai Peninsula. Therefore, the city would be easily accessible from the reduced time of travel. Thus, “Bayside” would contribute to facilitating an exceptional place that attracts tourism along with investments.