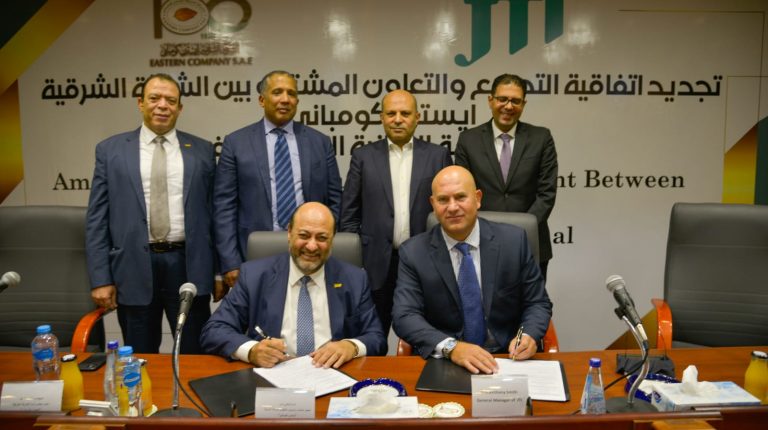 Eastern Company has signed an agreement to extend its cooperation with the Japan Tobacco International (JTI) for three years.

On the sidelines of the event, Hani Aman clarified that the agreement has different conditions from the previous one, but it achieves consensus between the two parties, adding that the agreement includes new prices to accommodate inflation rates and increase in production costs.

He added that the Japanese company accounts for 1-2% of Eastern Company’s production, noting that the return from their manufacturing partnership was very good during the last period.