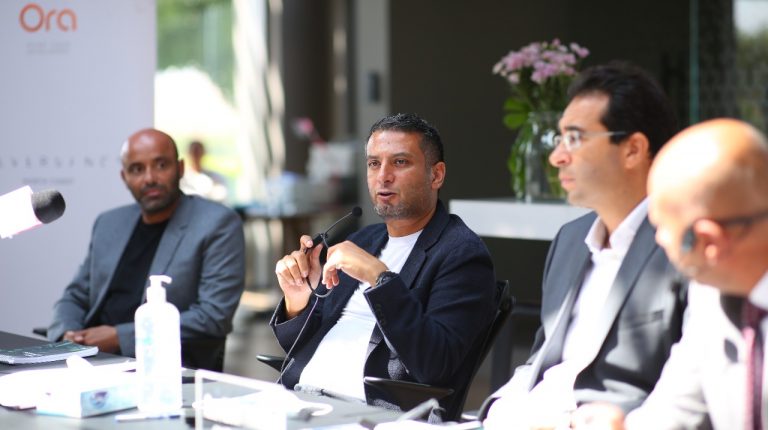 Ora Developers hosted a media roundtable at ZED Park on Wednesday, to discuss its latest announcements and innovations in the Egyptian real estate market.

The roundtable comes to shed light on Ora’s commitment to provide innovative, luxurious, and practical neighbourhoods to customers, no matter where they are situated.

Just recently, Ora Developers announced its intent to launch its latest mixed-use development project on Egypt’s sandy beaches, Silversands, on an approximately 550-feddan area of land in the North Coast. The project will be strategically located at k. 220 on the Alexandria – Marsa Matrouh Road, across a 1- kilometer seafront. Silversands aims to serve as the go-to beach destination for all vacationers all year long, from those who prefer to spend the whole summer by the beach, to those looking for a quick weekend getaway.

Ora Developers will also be participating in this year’s edition of Cityscape, held at the Egypt International Exhibition Center. They will showcase their latest developments in Egypt’s New Cairo and El Sheikh Zayed areas, which all present customers with integrated community offerings of offices, clinics, retail outlets, sports clubs, residential areas and F&Bs.  Ora Developers announced its intent to launch clinics at the ZED Strip in El Sheikh Zayed, as well as the proclamation of launching two new commercial projects.

Another key announcement was that Ora Developers will launch the ZED East strip, starting with the launch of office spaces. It will be a commercial strip, situated in the heart of the up-and-coming business hub, the New Administrative Capital in Egypt. Aside from the offers and exceptional payment plans that Ora Developers already offered, they will be adding an additional year of installment payment on all projects during Cityscape.

Haitham Abdel Azim, CEO of Ora Developers Egypt, expressed his pride in these milestones and announcements for Ora Developers. He said, “We are all about embracing innovation and seeking new opportunities, and we have a proven record of creating beautiful environments that would attract all kinds of customers with varying lifestyles. Ora Developers wants to provide safe, practical and relaxing communities and offerings where everyone has access to the environment that they’ve always dreamt of, right in the heart of Egypt.”

Naguib Sawiris, CEO and Chairperson of Ora Developers, recently conducted a site visit to personally follow up on the ZED El Sheikh Zayed tower construction process. He was personally involved in some production elements such as the process of selecting the glass that will be used for the towers as well as holding an in-person inspection of a few units.

Ora Developers has remained resilient during these difficult times, given the COVID-19 pandemic and recession, and has continued to work towards its goal of delivering innovative and trustworthy developmental projects to the Egyptian market. This demonstrates Ora Developer’s commitment toward delivering world class quality assurance as well as timely deliveries that customers can continue to expect.