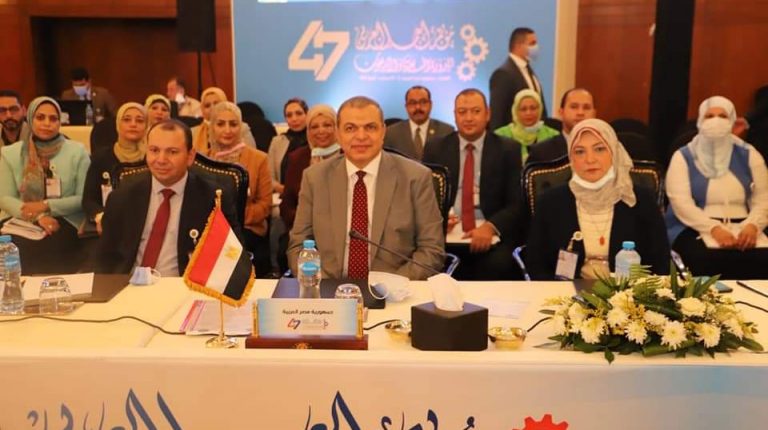 Saafan’s remarks came during the second day of the 47th session of the Arab Labor Conference (ALC), which was held under the auspices of President Abdel Fattah Al-Sisi in Cairo.

The Manpower Minister asserted that the dangerous developments taking place in Palestine require all the Arab countries to develop support mechanisms for Palestinian people by developing the skills and capabilities of Palestinian youth and empowering them.

He also stressed the importance of qualifying youth Palestinians for the labour market, or setting up their own projects, calling for the Arab Labor Organization to adopt this project.

The ALC is participated by 21 Arab countries represented by 16 Arab labour ministers and four presidents, in addition to 415 delegates from employers’ organizations, labor, and professional unions.

He pointed out that the report issued  seven recommendations including developing an Arab strategy for entrepreneurship, establishing an Arab Crisis and Emergency Fund to support small projects and troubled institutions, and launching an Arab portal for knowledge in pioneering activities.

Saafan said that the entrepreneurship sector is considered the backbone of the Egyptian economy, as the number of existing establishments reached about 1.7 million establishments, representing 44.6% of the total number of official establishments in the private sector, in addition to the number of workers in this sector reaching about 5.8 million workers.

He asserted that the Egyptian government has launched a number of programs and projects to advance entrepreneurship, including the One Million Projects campaign to qualify one million entrepreneurs by 2030