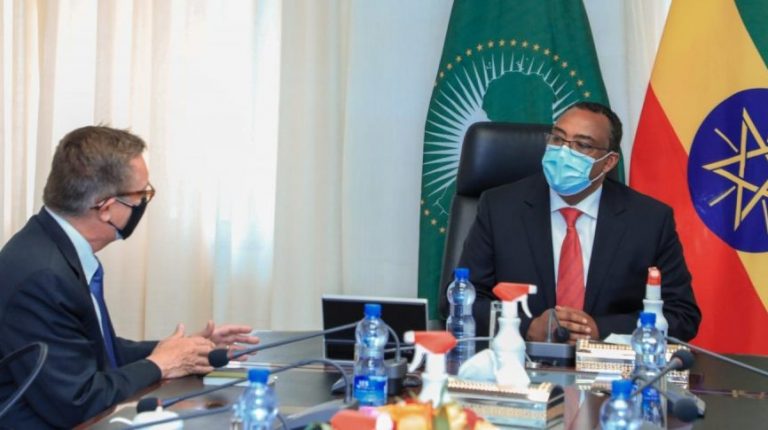 US Special Envoy for the Horn of Africa, Jeffrey Feltman, begins, on Sunday, his third tour in the region in an attempt to save Ethiopia from partition.

The US Envoy is scheduled to hold meetings with senior officials in the three countries to discuss ways to promote peace and support stability in Ethiopia.

A military conflict between the federal government and the Tigray People’s Liberation Front (TPLF) has soared in the recent weeks, killing and displacing thousands.

Feltman’s visit to the region comes at a time when the military conflict in Ethiopia extended from Tigray to Amhara and Afar regions, where the TPLF has achieved successive victories.

The situation further complicated after Ethiopian Prime Minister Abiy Ahmed announced the resumption of military operations against the TPLF ending the truce that was previously announced last July.

In addition, Abiy called for Ethiopian civilians to join the Ethiopian army and participate in military operations against the TPLF.

In a remarkable development, it was announced last week that a military alliance was established between the TPLF and the Oromo Liberation Army (OLA) to coordinate military efforts against the Ethiopian Federal Army.

“The only solution now is to topple this government militarily, and speak the language they want to speak,” said OLA leader Kumsa Deriba. “The agreement was reached a few weeks ago after it was proposed by the TPLF. We agreed on a level of understanding to cooperate against the same enemy, especially in military cooperation.”

For his part, the spokesman for the Tigray government, Getachew, said in response, “The TPLF are ready to take the fight to Addis Ababa in order to end the siege imposed on the territory of Tigray.”

Topics: Djibouti ethiopia UAE US Envoy for Horn of Africa

Sudan warns Ethiopia: ‘We will recover our land via negotiation or other means’

Opinion| Can business work for both people and the planet? They Must

Agreement must be reached before GERD’s second filling: EU