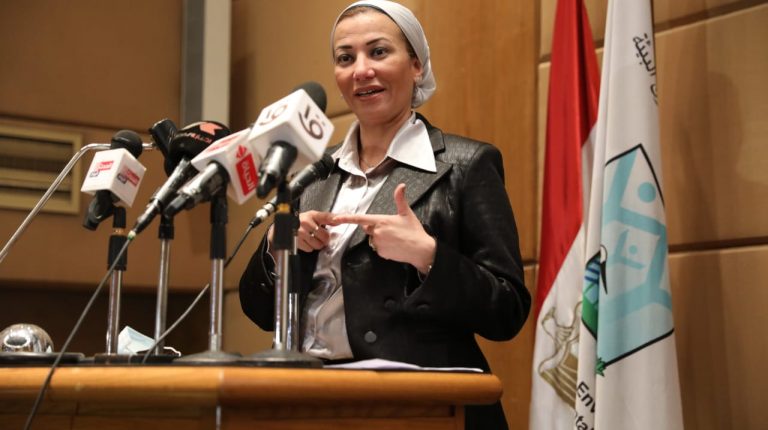 Egypt participated, on Saturday, in Earth Hour, the global initiative to switch off the lights for one hour in recognition of the need to preserve the environment.

A number of citizens and tourist destinations across the country participated in the event and turned off the lights and unnecessary electrical appliances from 20:30 to 21:30.

The theme of this year’s Earth Hour is “Climate Change to Save Earth”. Candles were lit instead, to attract attention on the dangers of excessive energy consumption and its negative effects on the planet as one of the causes of climate change and global warming.

Egypt’s Minister of Environment Yasmine Fouad said that the initiative, an annual global event organised by the World Wide Fund for Nature (WWF), came this year under the slogan “express with your voice about nature”.

Egypt joined Earth Hour celebrations in 2009, joining 88 countries, 4,000 cities, and 929 famous landmarks around the world whose lights are turned off for the event.

Fouad said that her ministry coordinated with other ministries and governorates to participate in this event, by turning off the lights at a number of important tourist attractions. These include Cairo’s Citadel of Salah Al-Din, the Qalawun Mosque Complex in Al-Muizz Street, the Mosques of Sultan Hassan and Al-Rifa’i, and the Palaces of Baron and Aisha Fahmy.

The external lighting at Alexandria’s Qaitbay Citadel, the Salah El-Din Castle in Taba, the Youssef Kamal Palace in Naga Hammadi, and the Sharm El-Sheikh Museum in South Sinai were also switched off.

Additionally, Cairo Governorate also reduced lighting by 50% at the governorate general office in Abdeen Square, as well as at all public buildings and affiliated bodies.

The world first celebrated the Earth Hour in 2007 in Sydney, Australia, with the initiative rapidly spreading around the world. It has since been adopted by many countries and organisations.

I will not retire before leading national team to win championship: Mo Salah