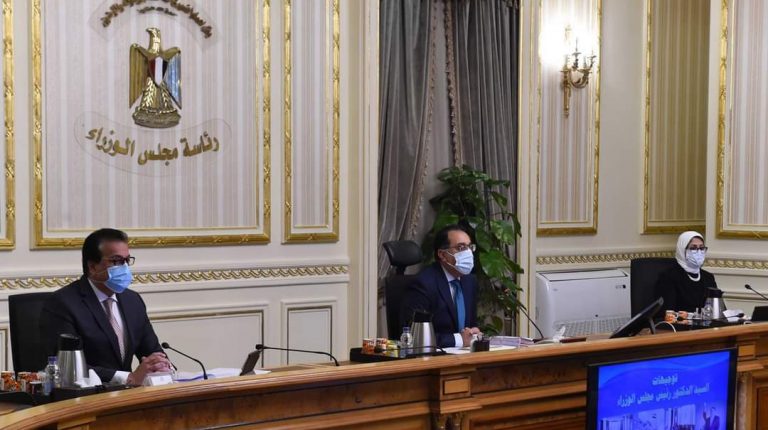 Egypt’s Prime Minister Mostafa Madbouly directed, on Wednesday, for the continued cooperation between the government and members of the House of Representatives (MPs) that will contribute to achieving the interests of citizens.

During a cabinet meeting, Madbouly referred to his meeting on Tuesday with the heads of the qualitative committees at the House of Representatives, adding that the meeting was fruitful.

He highlighted the need to enhance coordination between MPs and officials at each of Egypt’s ministries, who have the ability to take decisions and solve problems.

At Tuesday’s meeting, the Prime Minister reviewed the proposals presented by MPs aimed at solving citizens’ problems. He said that the meeting clarified the government’s general plan, indicating that it was agreed to hold such meetings periodically to activate cooperation between the government and parliament.

Madbouly also indicated that it was agreed for specific House of Representatives committees to discuss draft laws, before submitting them to the Council of Ministers.

He said that this will help in putting the laws into effect, and expanding the cooperation between the legislative and executive authorities.

Meanwhile, Madbouly highlighted the need for the Minister of Local Development to immediately follow-up on the efforts made to confront the effects of the bad weather Egypt is currently experiencing.

He explained that there is a need to ensure and raise the maximum level of preparedness all over the country.

Also during the cabinet meeting on Wednesday, Minister of Health and Population Hala Zayed presented a report on the management and consequences of the novel coronavirus (COVID-19) pandemic in Egypt. The report was published in the International Journal of Environmental Research and Public Health.

It presented a summary of the epidemiological situation during that first wave of COVID-19 in Egypt, indicating that the country ranked on the fourth level in terms of its preparedness and readiness to face health risks and emergencies.

The report measures the readiness of 26 countries around the world including Austria, Cyprus, France, and Russia.

The World Health Organization (WHO) praised the restoration and development of the Egyptian health system, highlighting that basic care services were provided for more than 95% of the population. It also said that Egypt has increased its per capita health spending by 7.11%.

The report also dealt with the government’s efforts to combat the spread of the pandemic, as well as the economic measures to deal with its repercussions, which included allocating EGP 100bn to counter the effects.

Planning Ministry follows up on progress of municipal development in Giza, Aswan

Egypt among fastest growing countries for digital inclusion in 2020: Cabinet