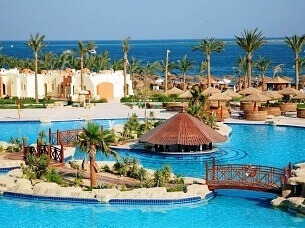 Egypt’s Ministry of Tourism and Antiquities has announced that 687 hotels across the country have received the health and safety certificates needed to resume operation.

They are awarded to hotels following the verification by inspection teams that they meet all safety regulations set by the Ministry of Health.

Abdel Fattah Al-Assy, Assistant Minister of Tourism and Antiquities for Supervising Hotel and Tourist Facilities, said that in the past two weeks, 20 hotels received the approved health and safety certificate.

These hotels are located in the governorates of South Sinai, the Red Sea, Luxor, Ismailia, Greater Cairo, Marsa Matrouh, and Fayoum,.

A further two hotels in Luxor, namely Jolie Ville and New Radwan, in addition to the Crocodile Hotel in Ismailia, have also been awarded health and safety certificates.

Al-Assy said that eight hotels in Greater Cairo were approved, namely the New Hotel, Horis, Capsis Palace, Talizman, the Pharaohs, Radwan, Omaya, and Concorde Dokki. These are in addition to the Siwa Galit Hotel in Marsa Matrouh, and the New Panorama Hotel Shakshouk in Fayoum.

He added that the Ministry of Tourism and Antiquities’ inspections committees are continuing to monitor other hotels that have applied to obtain the certificate.

Egypt suspended international flights at all airports nationwide on 19 March, as part of government efforts to curb the spread of the coronavirus. Inbound tourism only resumed on 1 July to three governorates as part of a first stage, namely the Red Sea, South Sinai, and Matrouh governorates.

Tourism activities to Luxor and Aswan resumed in early September, with floating hotels allowed to resume work on 1 October.

After receiving the certificate, hotels and tourism establishments are able to resume operations following the reopening of Egypt’s tourism sector in the aftermath of the novel coronavirus (COVID-19) pandemic.

They have been put in place in accordance with international health recommendations set out by the World Health Organization (WHO) and Egypt’s Ministry of Health and Population.