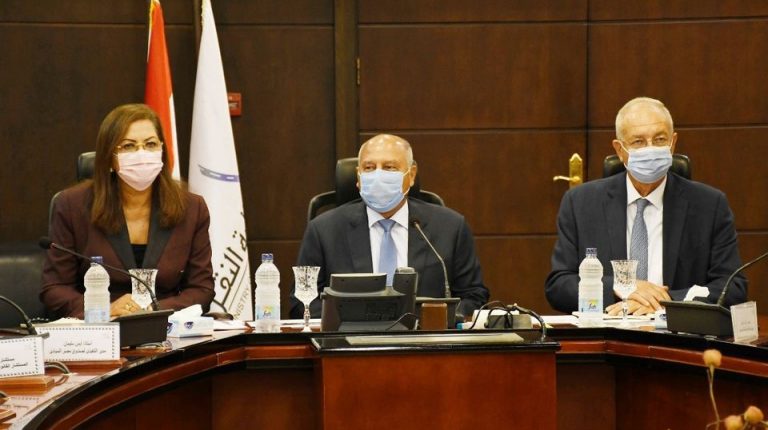 The two ministers reviewed steps to establish Egypt’s first factory to produce electric and diesel locomotives for railway, metro, and monorail services, which will be established in eastern Port Said.

The ministers also reviewed the schedule of economic and feasibility studies for the project’s operational steps, as well as the factory’s expected production volume and its production and marketing plans.

The two sides discussed the required steps to establish the Egyptian National Company for Railroad Industries, the company responsible for operating the factory. It will be set up in partnership with the private sector, the Suez Canal Economic Zone (SCZone), and The Sovereign Fund of Egypt (TSFE), in cooperation with specialised international companies.

El-Wazir confirmed that his ministry is adopting an ambitious plan to localise the railway locomotive industry, in line with the Egyptian state’s plan to create an internal railway industry. The plan will also work to serve the local and African markets, based on the growing local and regional demand in this sector.

He said that these types of factories serve the national economy, whilst providing hard currency and job opportunities. They will also meet the needs and requirements of Egypt’s railways and metro services.

El-Wazir said that this factory will be the nucleus for establishing several other factories catering to other industries in Egypt that are complementary and feed into this huge project.

El-Said said that Egypt’s transport sector is one of the most important sectors in which investments are made, in light of the national agenda for sustainable development as part of Egypt’s Vision 2030.

The minister explained that, with the investment in its transport sector, Egypt’s International Competitiveness Index ranking that reviews the quality of a country’s road and infrastructure network has surged from 118 in 2014 to 28 in 2019.

The localisation of Egypt’s railway locomotive industry is an added value represented by the high technological component that positively contributes to growth in Egypt, she added.

“The localisation of the transport industry is of great importance, especially with the large needs of the Railways Authority of locomotive units,” El-Said said.

She added that the current landscape in Egypt is ideal for industrial localisation, particularly as there has been a significant decrease in imports due to the novel coronavirus (COVID-19) pandemic. The current crisis has severely impacted global supply chains, providing opportunities for Egyptian exports to penetrate some markets.