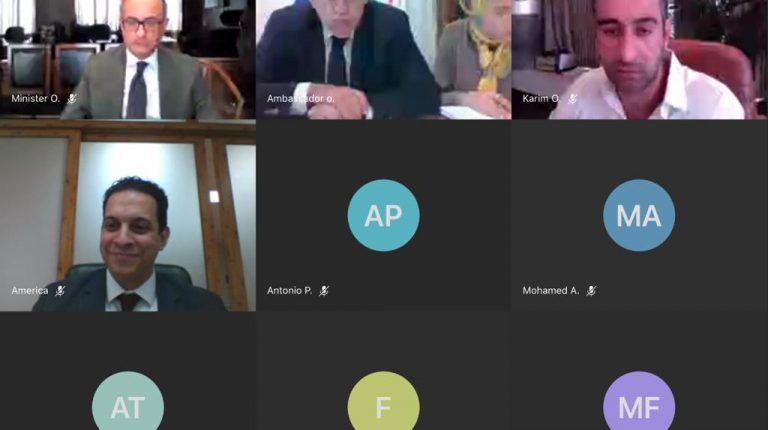 His remarks came during a virtual conference in which the maximisation of the benefit from the free trade agreement between Egypt and the Mercosur countries was discussed.

Qorani confirmed the importance of the Mercosur agreement, which represents 70% of Latin America’s markets, and ranks as the fifth largest GDP in the world.

Ahmed Hosni, Director of the ECS’ Americas Department, noted that Egyptian exports to Mercosur countries increased to approximately $490m in 2019. This reflected a 130% increase on the $212m reported in 2017.

Hosni emphasised the efforts made by the ECS in conducting a study, which has been circulated to export councils and business groups across Egypt, on the methods of maximising the benefit from this agreement.

The company has also organised three commercial missions to Brazil and Argentina as part of its efforts to maintain Egypt’s trade relations with the continent.

Egyptian businessmen have pointed out that they were keen to get acquainted with the preferential advantages provided by the agreement, to ensure their products can successfully access Mercosur markets.

The ECS has underlined the excellent opportunities to increase the presence of Egyptian products in these promising markets, especially in light of their high quality.

Fernando Arroyo, Ambassador of Uruguay in Cairo and President of Mercosur, expressed his country’s keenness to work with countries that have signed up to the agreement. This would occur to develop a plan of action that covers a number of commodities and sectors, in which the focus can be on increasing the trade exchange between them.

Arroyo called on the business communities on both sides to hold meetings to adopt governmental agreements to follow-up and implement this important agreement.

Meanwhile, Brazilian Ambassador in Cairo, Antonio Patriota, highlighted the importance of the investment projects that have taken place in Egypt. He singled out the New Administrative Capital (NAC) project, which is of great interest to Brazilian business community.

Patriota expressed his country’s desire to diversify commodity items to increase trade rates, especially outside the range of agricultural commodities. He also praised the measures taken by the Egyptian government to create an attractive environment for investment and improve trade, especially since Egypt is Brazil’s largest trading partner in the Middle East.