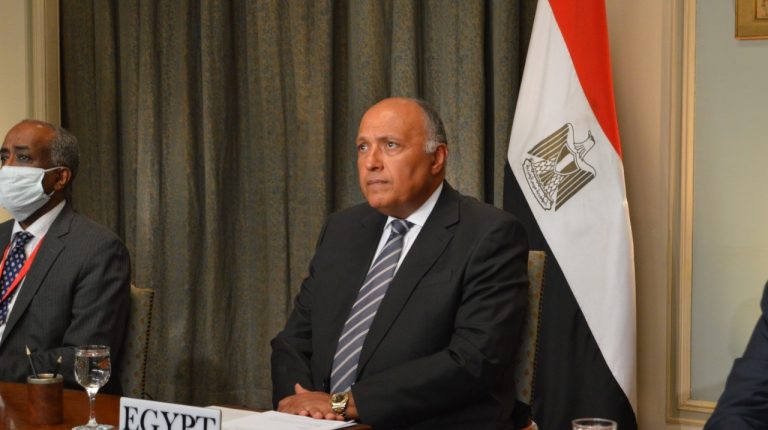 During a phone conversation, Shoukry reviewed with Guterres Egypt’s stance in supporting a Libyan-Libyan political solution, the Egyptian foreign ministry said in a statement.

Shoukry also affirmed Egypt’s keenness to maintain regular coordination with the United Nations Support Mission in Libya (UNSMIL) to push for a political solution based on the recently issued Cairo Declaration and the principles and conclusions adopted by the Berlin Summit.

The Egyptian minister highlighted the important role played by the United Nations in the Libyan crisis, calling on all countries to cooperate with the UN to “achieve the Libyan people’s legitimate objectives and aspirations.”

Libya has been locked in a civil war since the ouster and killing of its former leader Muammar Gaddafi in 2011.
The situation escalated in 2014, splitting power between two rival governments with warring forces, namely the Government of National Accord (GNA) based in the capital Tripoli and a government in the northeastern city of Tobruk allied with the Libyan National Army (LNA( led by Khalifa Haftar.