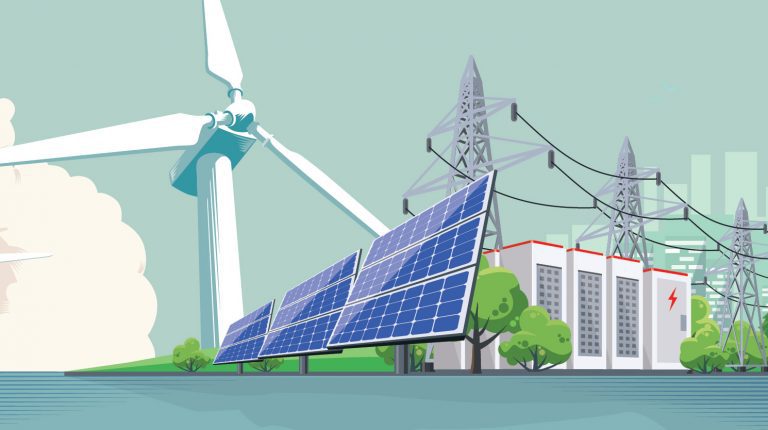 Several analysts have argued that, despite the rapid drop in global emissions, the novel coronavirus (COVID-19) will actually prove to be environmentally damaging, according to the Oxford Business Group (OBG).

“This is especially pertinent for emerging markets under significant economic strain, particularly if they can tap domestic hydrocarbon resources,” OBG added. The group’s remarks came in its latest report entitled “Will Covid-19 accelerate the renewable energy transition in emerging markets?”

In the report, OBG explained that, while the outlook for renewables is largely positive, there are concerns some states may prioritise economic growth over environmental concerns as they emerge from lockdown.

This will come despite most countries worldwide being signatories of the Paris Agreement on Climate Change, which requires them to reduce their greenhouse gas emissions.

According to data from the Helsinki-based Integrated Carbon Observation System (ICOS), daily carbon emissions had fallen by 17% by the first week of April against mean 2019 levels. The data also showed that some countries experienced a commensurate 26% fall in carbon dioxide (CO2) outputs.

OBG said that the fall was the sharpest on record, with global emissions dipping back to 2006 levels. This was a far greater drop, in both absolute and percentage terms, than that seen at other comparable moments in history.

“However, as lockdown measures have been eased and economic activity has resumed, emissions have also increased,” the OBG report said, “ICOS statistics found that by 10 June, emissions had rebounded to a level just 4.7% below pre-lockdown levels, with the recovery taking place more quickly than many had expected.”

The group also said that this development has led many to conclude that austerity alone will not be enough to adequately reduce emissions while facilitating economic growth. Instead, environmentally friendly solutions will be necessary to ensure future sustainable development.

“From a policy perspective, every government should try to promote green energy more aggressively,” said Bundit Sapianchai, President and CEO of Thai renewable energy company, BCPG, told the group, “Covid- 19 has cleared a path for green energy by changing lifestyles.”

The call for greener investment was bolstered by the release of a report by the Paris-based International Energy Agency (IEA) in June. The report found that global investment in energy was set to fall by 20% , or $400bn, this year.

IEA Executive Director Fatih Birol told international media that, although renewables were expected to be more resilient than fossil fuels, the overall drop in investment could hinder a transition towards renewable power.

However, Hatem Al Mosa, CEO of the Sharjah National Oil Corporation, told OBG that any slowdown in the transition should only be temporary.

“It is only a matter of time before green energy will control the market, and it has been increasing its supply at a much higher pace than the fossil fuel industry,” he said.

Sapianchai added, “From an investment perspective, in March 2020 share prices of companies across the energy industry fell by more than 50% from their pre-COVID-19 prices. There is a strong consensus that green energy is the future emerging segment for the industry.”

“This is thus an opportunity for green funds and green investors to buy shares at a cheaper price,” he noted.