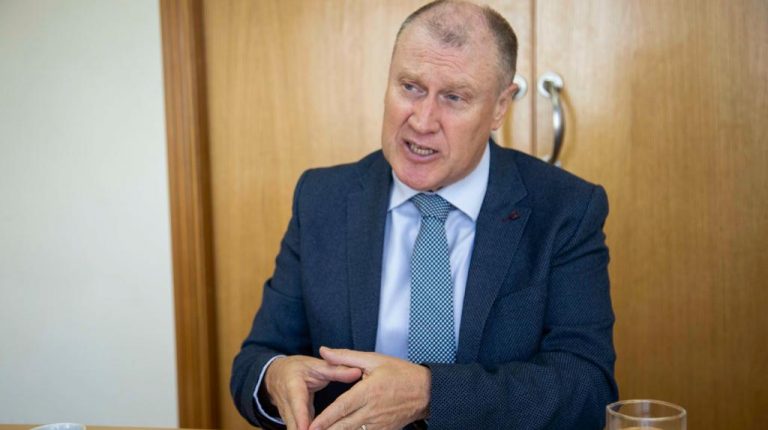 The Egyptian government is committed to improving the investment climate, especially following its 2016 economic reform programme, Miles mentioned. He added that there is now a good foundation for Egypt’s future growth.

The authorities are encouraging private sector investments through a regulatory framework which witnessed beneficial measures and reforms, including the New Mining Law over the last year, Miles said. He anticipates that new Australian investments will enter the Egyptian market particularly in the mining and education sectors.

Daily News Egypt interviewed Miles to find out more on Egyptian-Australian relations in aspects of trade, investment, tourism, culture and development. Miles also talked on the cooperation outlook due to the coronavirus (COVID-19) outbreak and beyond.

What Australian investments have been made in the local market?

We have three large Australian companies in the Egyptian market in the engineering, gas and nuclear energy sectors. The largest Australian investment in the local market is in Centamin Egypt, owner of the El Sokkary Gold Mine, which is in south-west Marsa Alam near the Red Sea.

Centamin Egypt is an Australian-Egyptian company which has had very successful operations over the last ten years. In addition, Australia has other companies operating here, but they are smaller than the aforementioned investments.

The Australian Embassy is working on future plans to raise awareness among Australian companies on the market opportunities in Egypt, to encourage them to consider Egypt as a potential commercial partner. We see enormous interest from Australian companies, and the embassy will work on that interest to translate it into real plans.

What are your views on Egypt’s investment climate?

The government now is committed to improving the investment climate especially after the 2016 economic reform programme. There is now a good foundation for the country’s future growth. The country has a positive approach to encouraging private sector investments through the regulatory framework which witnessed good measures and reforms including the New Mining Law.

We expect to see new investments flowing from Australia to Egypt, particularly in the mining sector. Centamin Egypt is a successful example of the investments in this sector, and we expect a number of Australian companies will seek to follow suit.

How will you raise awareness on the market opportunities in Egypt?

We are working closely with the Australian Arab Chamber of Commerce and Industry (AACCI), and we received an AACCI delegation last year. We expect another business delegation will come this year.

I also go out to Australia once a year to attend two major business promotion events. The first is “Africa Down Under”, a mining conference to promote investments in Africa, including Egypt. Last year they had a seminar on North Africa and I presented on opportunities in Egypt. The event aims at raising awareness of Australia’s interests in Africa’s mining and energy sectors.

The other annual event that I attend in Australia is the Middle East and North Africa Roadshow, which focuses on raising awareness amongst Australian companies of trade and investment in the region.

What are you plans for the delegations in 2020?

The Ministry of Immigration and Egyptian Expatriates Affairs organised visits for young Australians with Egyptian roots as a way of encouraging them to keep in touch with their home country.  This programme will have longer term benefits.

Distance impacts the business relations. That’s why we need to encourage visits to demonstrate what each country has to offer. There are many opportunities to collaborate in mining, education, agriculture and other trade areas.

What are the 2018 and 2019 statistics for trade exchange between both countries? What do you expect for 2020?

Trade exchange is less than it should be or has been in the past. We have a $660m two-way trade, $600m for Australian exports to Egypt and $60m for the Egyptian exports to Australia.

What are the main commodities in both exports and imports?

Agricultural and food products like fava beans, wheat and meat are a significant portion of Australian exports to Egypt. Not many Egyptians know that Australian products contribute to the Egyptian traditional breakfast.

Egypt exports oranges and construction material to Australia and we have just agreed a protocol that allows Egypt to export dates to the Australian market. This matter is still under discussion, as we have our standards as Australia is an island and we are very careful about exporting new commodities, yet we expect increasing volumes of dates being imported to Australia. Egypt and Australia have different seasons, which is good for increasing the trade in agricultural products.

What do you expect in the trade exchange by the end of 2020?

It depends on the performance of our economies and the Egyptian market’s competitiveness. Trade exchange is a commercial decision, so it is difficult to predict.

How many programmes have you implemented through the direct aid programme (DAP) scheme?

We have implemented over a 100 projects over the past ten years that the DAP programme has run.

Can you elaborate on the programme’s aims, costs and local partners?

DAP projects generally focus on alleviating poverty, enhancing community health and education, developing small-scale infrastructure, supporting rural development, and raising the standard of living. This is especially among disadvantaged groups, and includes improving their access to opportunities for economic activity, decision-making, and social and cultural participation and inclusion.

More specifically, we have implemented projects that empower women economically and socially, some provide vocational training, improve health in rural communities, including for women and children, build infrastructure such as schools and clinics, support refugee communities in Egypt, enhance livelihoods of street kids and disabled kids.

Non-governmental organisations (NGOs) receive between A$30,000 to $60,000 per project. Our partners vary from grass roots to United Nations Offices and academic institutes.

What about future programmes you will implement through the DAP scheme? What is their expected cost?

The DAP is running with a smaller budget and fewer projects this year. We are currently screening some proposals that we have received and will make selections soon.

How many Australian tourists visit Egypt annually? Are they interested in cultural tourism or beach tourism?

Do you expect Australia to change its travel advice to Egypt and other countries due to COVID-19?

COVID-19 is a global pandemic with rapid updates, and Australia is reviewing its travel advice to all countries regularly.

COVID-19 has had a significant impact on many aspects of the relationship.  Unfortunately, bilateral tourism and trade related visits have now ceased.  However, because our two way trade is dominated by agricultural products, the impact on bilateral trade is likely to be less than in other areas, as food is always an essential commodity, even during a crisis.

More broadly, Australia and Egypt are both balancing how to contain the pandemic, while also encouraging economic activity to reduce the economic shock. It’s important that we all work with international and regional partners to minimise and respond to the threat, as the virus respects no borders.

We are also working closely with international financial institutions including the International Monetary Fund (IMF), World Bank and Asian Development Bank to mobilise technical support and resources, to help mitigate the growing health and economic impact emerging from COVID-19.

FRA to apply precautionary measures for coexistence with COVID-19

Up to 3.5 million healthcare workers in East Med engaged in COVID-19 response: WHO