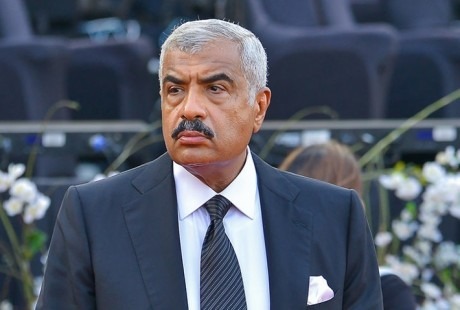 The Government Pension Fund of Norway (also known as the Oil Fund), the largest sovereign wealth fund in the world, increased its investments in Egyptian shares to $530.2m last year, distributed on 41 listed companies. The real estate sector has the large share of the Norwegian fund’s investments in the Arab region, with total investments of $297.7m worth shares in 13 Arab real estate companies, topped by Talaat Moustafa Group (TMG).

Given the recent growth in the real estate sector in Egypt, the Oil Fund increased its investments in Egyptian real estate companies last year, with total investments amounting to $96.5m in seven firms. TMG had the largest share of them.

The group achieved 7% growth in revenues, to reach EGP 11.7bn, compared to EGP 10.9bn in the same comparison period.

The company’s gross profits for the fiscal year ending 31 December 2019 increased to EGP 4.5bn, compared to about EGP 4bn in the comparison year.

On the independent business level, the financial statements of TMG Holding showed an increase in net profits by 52% to EGP 471.1m, compared to EGP 309.8m. Revenues achieved 22% growth in the last fiscal year to EGP 1.1bn, compared to EGP 948.7m in the comparison period.

The group said in a statement to the Egyptian Exchange, that its sales had slight decrease in 2019 by EGP 900m (4% only), due to the slowdown in the real estate market in the second half of 2019, which prompted some developers to provide selling offers that include longer instalments with no down payments, or cut prices to increase sales.

The group attributed the slight decrease in its sales to the acquisition of four schools in Al Rehab and Madinaty cities in 2018, while selling one school in 2019 for EGP 300m. It also started offering Celia project’s units in the New Administrative Capital for sale in 2018, which benefited from the great demand for the group’s projects in new geographical regions.

Al Rehab, established by TMG, is the first integrated residential city by the private sector in Egypt, as it was developed to accommodate about 200,000 people, on an area of ​​10m sqm.

Al Rehab offers high-end housing and vast green areas, in addition to an integrated set of services, such as shopping centres and markets, healthcare, international schools, sports and social clubs, private external and internal transportation network, and other services.

In 2006, Hisham Talaat Moustafa laid the foundation stone for establishing Madinaty city, the largest integrated urban project established by the private sector in Egypt and the Middle East, on an area of ​​8,000 feddan (33m sqm), to include 120,000 housing units. Its population is expected to reach one million people.

Madinaty has various residential areas, including villas and buildings, wide green areas, and golf courses, in addition to the daily services for residents and recreational areas. It also includes on its outskirts many services to meet the needs of both Madinaty and neighbouring cities.

TMG invested in the New Administrative Capital to establish Celia, the largest private sector project to date in the city, on an area of ​​500 feddan, with investments amounting to EGP 33bn.

Talaat Moustafa’s interest in the New Capital caught the attention of other Egyptian and Arab investors to the city that the Egyptian government is building.

New Capital is perfectly centralised between Madinaty, New Cairo, and Badr City, and it is only 60 km from Ain Sokhna.

Life in Celia stands out in many different forms. It includes international schools, sports clubs, a Roman theatre, malls, and other facilities and services.

The krone depreciated against several of the main currencies in the course of the year. This contributed to an increase in the fund’s value of 127 billion kroner. The transfer of capital from the Norwegian government was 18 billion kroner for the year as a whole.

Orascom sells its share in New City Housing and Development for EGP 128.6m

HHD to announce new board on Wednesday

WBG expands its financial commitment to combat COVID-19 to $14bn