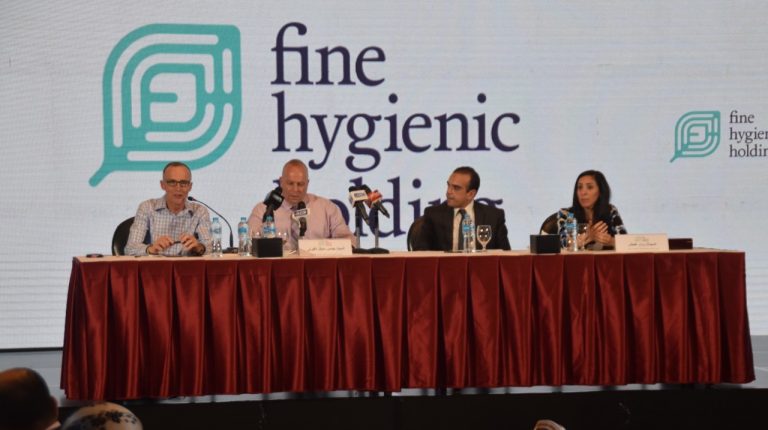 Fine Hygienic Holding (FHH), one of the world’s leading Wellness Groups and manufacturer of hygienic paper products and diapers, announced on Tuesday plans to invest more than $35m in the Egyptian market.

The investments would be injected into new equipment, research and development, marketing strategies, in addition to investment in staff.

FHH CEO James Michael Lafferty announced the group’s investment in a press conference under the patronage of the Minister of Investment and International Cooperation Sahar Nasr.

“Egypt is a strategic market for us. Among the 75 countries in which we operate, Egypt is in the upper tier alongside KSA and Jordan. We opened our first factory in the country in 1989 and we have been pumping investments ever since,” said Lafferty.

He added that this new investment will reinforce Fine’s prominent market position and build on the trust that the company has earned from consumers through years of excellence.

The press conference was also attended by Mohamed Farouk, senior economic researcher at investment promotion sector along with other government officials, Rawan Emeish, Chief Commercial for Egypt and Levant, and media figures.

On that note, Nasr said, “Egypt takes responsibility to create an appropriate environment to become more suitable for attracting foreign direct investments, in order to fulfil the sustainable development goals and to increase employment rates.”

Emeish pointed out that Fine currently has four factories in Egypt with a huge annual capacity and employs around 2000 people, adding that the company is committed to raising the standard to provide consumers with products featuring the latest in health and wellness advancements.