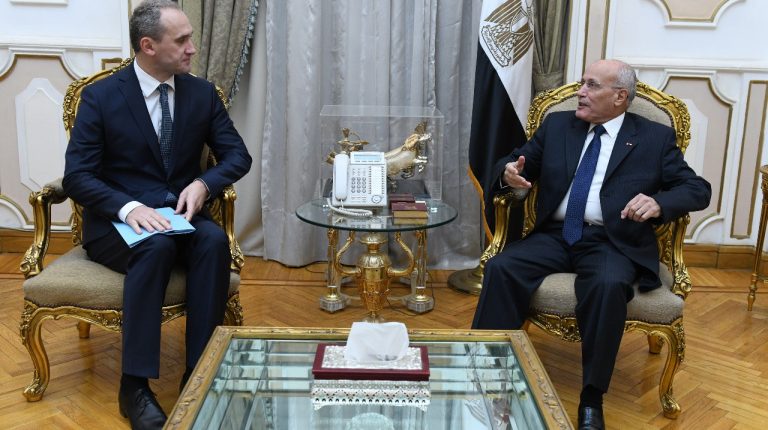 Minister of State for Military Production, Mohamed Said Al-Assar met with Ambassador of the Republic of Belarus in Cairo Sergei Terentiev to discuss the existing cooperation issues and ways of enhancing the prospects of cooperation in the fields of joint industrialisation between the two sides.

At the beginning of the meeting, Al-Assar welcomed the new ambassador and congratulated him on his assumption of the post of Ambassador of the Republic of Belarus to Egypt.

He stressed the keenness of the ministry to develop areas of cooperation with Belarusian companies in various fields by exploiting the modern possibilities available to develop military industries.

For his part, Terentiev praised the role played by the Egyptian ministry in supporting and encouraging investment in Egypt and consolidating cooperation in various fields, noting that there is an upcoming visit of the Belarusian Minister of Industry to Cairo this month.

He further expressed his confidence in the ministry and its subsidiaries of the industrial, technological, and technical components that have proved successful through the cooperation with several Belarusian companies, which he believes will encourage other companies to establish more partnerships.

During the meeting, the two sides also discussed cooperation between their military production companies in many areas such as the cooperation between Maz Company and Helwan Machinery and Equipment in the field of truck manufacturing, as well as cooperation with the Belarusian Amkodor company in the production of armour repair and heavy equipment.