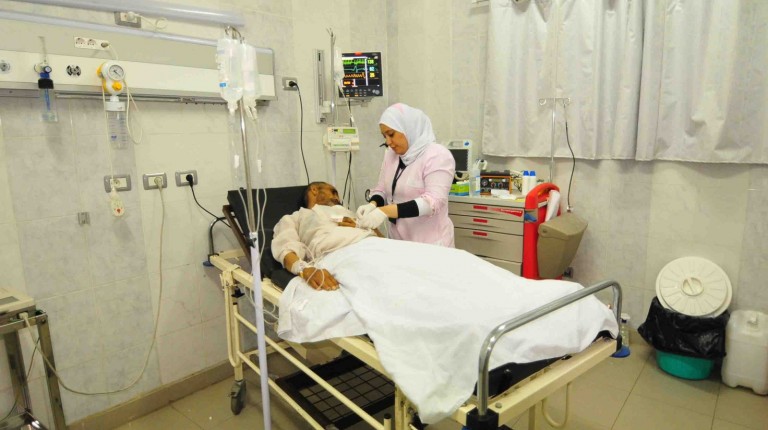 The Egyptian presidential initiative ““100 Million Health” started to provide Vosevi for HCV patients free of charge at the Ministry of Health’s Hepatology centres, Gamal Essmat, co-founder of the National Committee for the Control of Viral Hepatitis (NCCVH) announced on Thursday.

Essmat stated that the negotiation between the Egyptian government and Gilead Science, producer of Vosevi, led to providing the drug at its least price to Egypt.

Vosevi (Sofosbuvir/ Velpatasvir/ Voxilaprevir) or SVR is the first and only single tablet regimen for patients who have previously failed therapy with direct-acting antivirals.

It’s the most recent drug for HCV patients. It attacks the virus in three sites at once that helps in getting rid of the virus forever.

Essmat confirmed that the new medication is a third generation drug, it’s easily swallowing tablets and  prescribed for 12 weeks based on Hepatology specialist prescription and it is suitable for all genotypes.

Essmat expects that the new medication will help in making Egypt free from HCV.

“Egypt is considered one of the leading countries in HCV drugs where the most recent drugs are available according to the European, American and Egyptian guidelines. Vosevi is the most recent among them,” he said. “Egypt also made the greatest HCV scan in the Humankind history while providing for free drugs and now it’s time for the relapsed patients, so Egypt can be totally free of HCV“.

Clinical trials showed that SVR sustained virological response rate of 97% of relapsed cases who don’t suffer liver cirrhosis and for any genotype. This gives hope for all relapsed patients all over not only Egypt but also the African countries.

Eva pharma is considered as the only agent for Gilead in Egypt and some of the African countries.

Eva pharma’s General Manager Amgad Talaat said that his company will continue its support to the presidential initiative till it completes the HCV elimination in Egypt.

Egypt’s experience in fighting hepatitis C: Story of a nation

Cancer in confrontation with scientific development