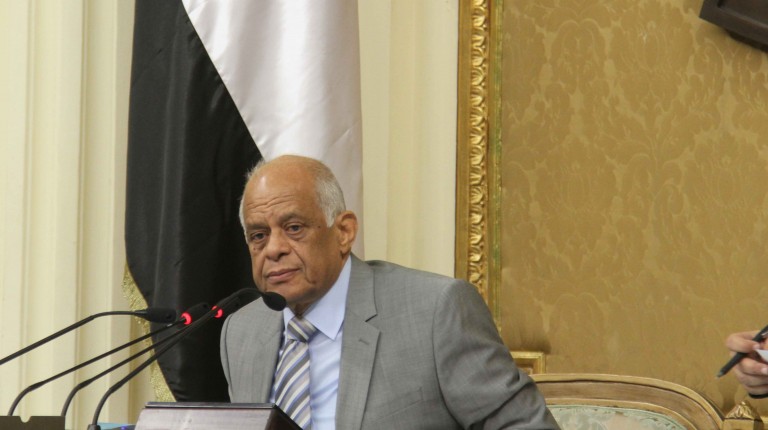 During the morning parliamentary session on Monday, Parliamentary Speaker Ali Abdul Aal declared that Aswan governorate’s new border demarcation will include the Hala’ib Triangle, owing to its geographic proximity to the governorate, according to state-run newspaper Al-Ahram.

His comments, which were published in several media outlets, proved divisive. Abdul Aal quickly retracted his statement and clarified in the evening session that these remarks were incorrect.

Abdul Aal cited the 2014 Constitution, which stipulates that only the prime minister has authority regarding such decisions. Abdul Aal then accused media outlets of inaccuracy for publishing such news, according to the official website of a state-run channel.

In its Monday session, parliament discussed the report issued by the parliamentary committee responsible for visiting the Hala’ib Triangle. The report examined the re-planning of Hala’ib and Shalateen to attract investors, the standards of living, and the provision of necessary infrastructure.

The members of parliament asserted that Hala’ib and Shalateen are Egyptian lands and refused any Sudanese allegations regarding Sudan’s sovereignty over the two towns. The MPs cited international documentation to prove Egyptian sovereignty, according to Al-Ahram.

Recently, Sudan called on Egypt to negotiate over the contested Hala’ib Triangle, stating that it would otherwise resort to international arbitration to restore its rights to the areas, according to the official Sudanese news agency SUNA.

The Sudanese demand came directly after the maritime demarcation deal which would see the sovereignty of Tiran and Sanafir islands transferred to Saudi Arabia. The Sudanese foreign ministry said in a statement that the government will monitor such agreements to restore its rights to Hala’ib and Shalateen.

Earlier this year, Sudanese foreign minister Ibrahim Ghandour said the only way to resolve the land dispute is through an appeal for a dialogue between Sudan and Egypt.

Egyptian-Sudanese border disputes over the Hala’ib Triangle first arose in January 1958, when the Egyptian government sent a memorandum to the Sudanese government objecting to a new election law issued by Sudan on 27 February 1958.

Shortly after Sudanese independence from Britain and Egypt, Sudan planned to hold elections in the triangle. President Gamal Abdel Nasr deployed troops to the area for a short period of time to secure the area ahead of the referendum for the United Arab Republic.

Until 1992, the two countries jointly controlled the area, then Egypt protested Sudan’s concession of exploration rights of the Hala’ib Triangle to a Canadian oil company.

Sudan calls on Egypt to negotiate over Hala’ib and Shalateen: SUNA