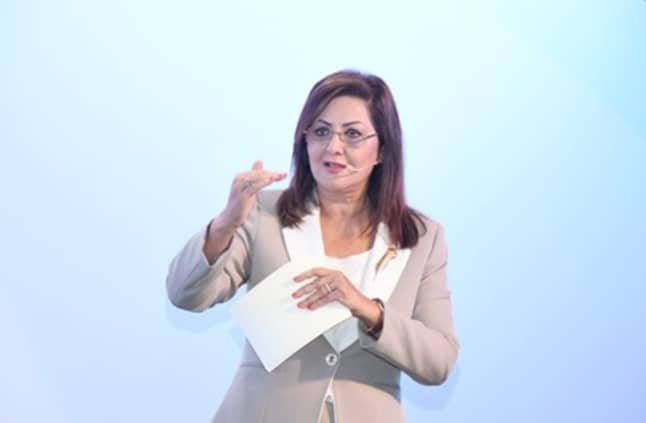 Minister of Planning and Administrative Reform Hala Al Saeed said, “Egypt has achieved progress in achieving the goals of sustainable development, namely Egypt Vision 2030 that have been launched in 2016 consistent with the United Nations Sustainable Development Goals (SDGs) and the Africa Agenda 2063.”

She explained that additionally, the Egyptian government launched a programme of work 2018-2021, which aims to achieve and implement strategic projects and identify priority.

Moreover, the Minister highlighted the establishment of an integrated online system to link investment projects with the SDGs.

On the economic front, Egypt has achieved lots of progress, Al Saeed pointed out, citing the increasing GDP growth rate recording 5.6% in FY 2018/19, marking a 10-year high, in addition to the decline in the unemployment rate to 7.5% in FY 2018/2019.

Furthermore, she noted that Egypt targets to boost the renewable energy share of the energy mix to 20% by 2022 and 37% in 2035. “Thus, we are building renewable energy projects, such as the Benban Solar Park, which is the largest solar power generation project in the world, besides, the establishment of 32 power plants, which contributed to the generation of 2 GW.

“Egypt has managed to handle economic reform programme in just three years since the flotation of the Egyptian pound in November 2016, which is short in the life of development,” she said, adding that “The decisions of floating and rationalising energy subsidies were necessary for social protection and local industry.”

Concerning the rationalisation of fuel subsidies, she noted: “it was necessary because 70% of the subsidies were directed to about 40% of the highest income people, and the neediest, didn’t receive their benefits.”

Moreover, the government’s efforts with regard to the social protection programme aims to redistribute state budget surplus to support the poor and marginalised people and the expansion of social protection networks, the Minister added, explaining that Takaful and Karama programme covers 3.8 million citizens, in addition to Haya Karima (Decent Life) programme that covers 16 governorates.

Mohamed Sultan Chief Operating Officer at Commercial International Bank (CIB), highlighted the Bank’s leading role as Egypt’s largest private sector bank and its commitment to guide banking institutions around the world to integrate sustainability practices into all of its operations.

Sultan added that the banking sector is committed to driving change and urging institutions to promote sustainability practices, with a focus on economic development that takes into account the dimensions of social responsibility to contribute to sustainable development.

He further pointed out CIB considers sustainable development as an essential aspect of sound business management, and they are convinced that the human element is the most important asset to focus on and invest in.