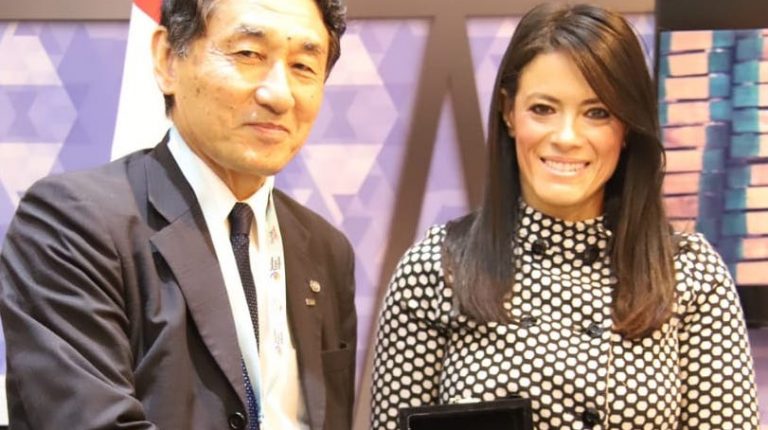 Nearly 900 flights from Japan to Egypt were operated during the period from April to October this year, making Egypt a special destination for Japanese tourism companies, said Akihiro Horisaka,

During his meeting with Egypt’s Minister of Tourism Rania Al-Mashat, Horisaka stated that his company has a plan to increase the current flights by 300% next year coming from Tokyo and Osaka to Cairo, adding that his company is working to operate charter flights between Japanese cities and Cairo.

The meeting was held on the sidelines of Egypt’s participation in the activities of the Tourism EXPO Japan 2019 held on the period from 24 to 27 October in Osaka, Japan.

In response, the minister pointed to the new aviation incentive programme, which was launched in last November and will continue to April 2020, relying on the non-discrimination between charter and regular flights.

She added that Egypt can cooperate with the company in joint promotional campaigns to promote Egypt in the Japanese market.

Moreover, Horisaka asserted that there is a growing demand from the Japanese citizens to visit Egypt, expressing his happiness with the security and stability enjoyed by Egypt. He pointed out that security is one of the most important factors affecting the travel decisions of tourists in general and Japanese tourists in specific.

In that regard, the Minister pointed to the decision of the British government issued last Tuesday to lift the restrictions on Egypt’s Sharm El-Sheikh airport after the four-year ban.

The Minister of Tourism highlighted that international institutions have acknowledged the improvements witnessed in Egypt’s security infrastructure.

At the end of the meeting, the two sides agreed on the possibility of cooperation with the company to arrange for a group of Japanese bloggers to visit Egypt and promote it to the Japanese market.

Notably, the number of Japanese tourists who came to Egypt during the period from January to September 2019 increased by 38.2% compared to the same period last year,” Al-Mashat announced a few days ago.