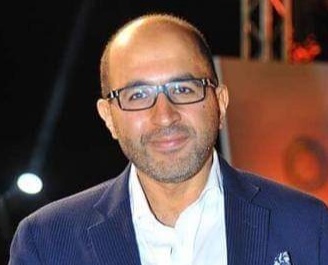 Orouba Misr Development has announced the launch of the construction phase of Orouba Mall, one of the largest commercial projects in Damanhour, Beheira governorate, with investments worth EGP 5bn.

CEO of Orouba Misr Development Hazem El-Deeb said that the new commercial centre is the fourth, following  Alexandria and Tanta Malls and El-Sharkia Skyline Project, and will be considered the seventh amongst the company’s total projects.

Through this project, the company is also cooperating with the Ministry of Supply and Internal Trade, Al-Futtaim company, and one of the largest engineering and consultancy offices in Egypt to build the mall according to the latest international designs. The mall consists of one floor, nine meters high, and will include a Carrefour supermarket branch, El-Deeb elaborated.

“We provided a new idea that emulates global models, whether in the commercial or residential sector, in a charming city with a special nature like Alexandria. Today, with the opening of a new branch of the ‘Orouba Mall’ in Damanhour, we hope that this project will serve as a new gateway to the world of shopping tourism in Beheira Governorate, especially as it will include the largest and most famous local and international brands, restaurants, and cafes under one roof,” El-Deeb explained.

The Minister of Supply and Internal Trade Ali Al-Meselhy and Beheira’s Governor Hisham Amna witnessed the launch of the construction phase of Orouba Mall.

Al-Meselhy explained that internal trade will be developed once commodities trade decreases, which helps deliver goods to end consumers with low prices. He pointed out the importance of reducing the percentage of consumption of food, vegetables, and fruits through organising internal trade.

For his part, Amna said that the governorate is working to intensify efforts to complete the commercial logistics zone’s construction in Damanhour.

The logistics zone recently witnessed the placement of its foundation stone on the Cairo-Alexandria agricultural road worth EGP 5bn, the first of its kind in the province, which is expected to be completed within two years. He pointed out that this project represents a civilizational leap to boost investment and achieve commercial and economic prosperity in Beheira, Amna pointed out.

He added that the logistics zone targets more than ten million people and provides 17,000 jobs.