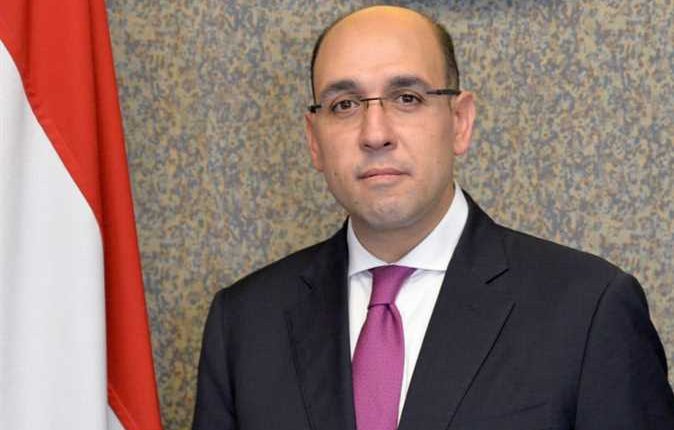 Egypt’s Ministry of Foreign Affairs refuted a recent report by the Office of the United Nations High Commissioner for Human Rights (OHCHR) against Egypt, asserting that “no arrests were made over criticising the government,” according to a statement by the ministry’s spokesperson Ahmed Hafez on Friday.

Hafez stressed that no citizens were arrested or prosecuted over any legitimate activities or criticising the government, in response to the OHCHR’s claims that “Egypt made widespread arrests during protests last week.”

The spokesperson asserted that citizens are only arrested when committing crimes punishable by law, and any actions against suspects is taken in accordance to the law and in a framework of transparency.

“The right to peaceful demonstration is guaranteed in accordance to the law and the Constitution, and the practice of this right should be in accordance with the necessary legal procedures as in many countries of the world, without intimidating citizens and violating laws,” Hafez added.

Moreover, he noted that it is unacceptable that a UN entity would release such reports, and it should aim to be more accurate and not rely on assumptions and expectations that promote images contrary to the reality.

The report relies on undocumented information which reflects a lack of professionalism, Hafez said commenting on the report.

Last Friday, the OHCHR released a report expressing concern over alleged arrests of protesters in Egypt, and called “the Egyptian authorities to respect the right to freedom of expression and peaceful assembly, in full compliance with international norms and standards.”

The OHCHR added that according to information received from Egyptian civil society organisations, “more than 2,000 people, including lawyers, human rights defenders, political activists, university professors, and journalists, were arrested in a number of Egyptian cities on 20-21 September, with just a few being released.”

Last Thursday, the Prosecutor General Hamada Al-Sawy ordered an extensive investigation into the calls of protests against the government that have circulated during the past two weeks.

The prosecution’s statement said that less than 1,000 people were interrogated for participating in unauthorised demonstrations in the presence of their lawyers. It also seized records of surveillance cameras located in the area of protests in various governorates, and issued an order to examine social media pages of the arrested ones.