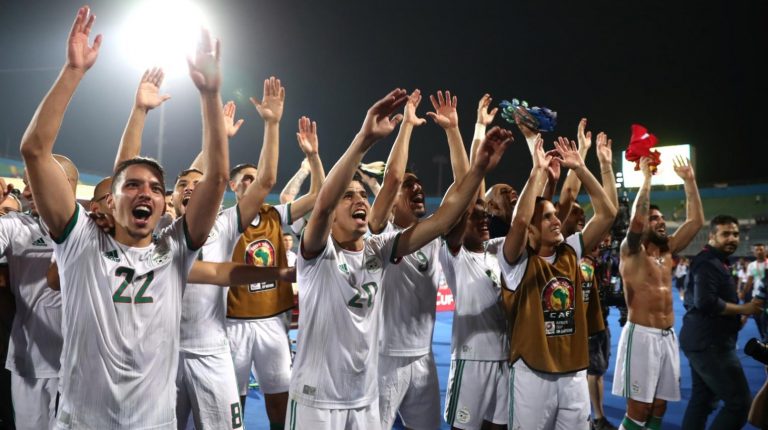 Ivory Coast will meet Algeria in a strong clash in the quarter-finals of the Africa Cup of Nations (AFCON) at the New Suez Stadium.

Algeria’s Desert Warriors reached the quarters after beating Guinea 3-0 in the last-16 round at the 30 June Stadium. While the Ivorian Elephants clinched a precious 1-0 victory over Mali at the New Suez Stadium.

Algeria have been presenting a strong performance since the AFCON started under the leadership of national coach Djamel Belmadi, making them one of the strongest favourites.

However, Belmadi knows very well that their opponents have a great expertise in the tournament and high-level players, most of whom are in largest European clubs.

The game will be like an early final, so the President of the Algerian Football Federation, Kheireddine Zetchi, announced sending Algerian fans on special flights to Egypt to support their national team in the quarter-finals. Egyptian fans have been also supporting Algeria since the beginning of the tournament.

Coach of Ivory Coast, Ibrahim Kamara, said that he was hoping not to face Algeria in this stage, noting that

overcoming Algeria would be a big step towards achieving the AFCON title.

Calls for accountability over Pharaohs’ early exit from AFCON