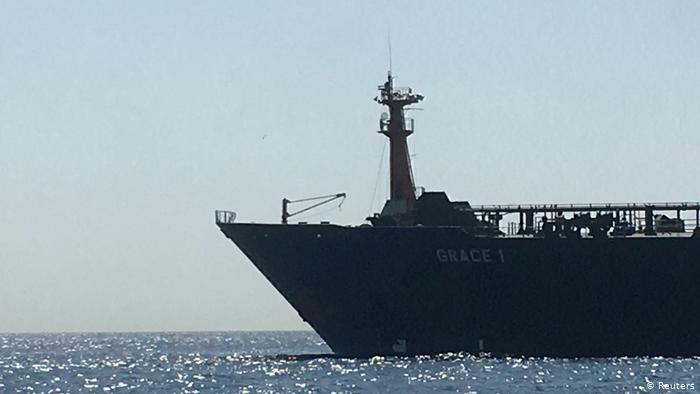 The commander of Iran’s Revolutionary Guards, Mohsen Rezaei, said on Friday that Tehran should detain a British ship in response to the seizure of an Iranian oil tanker off the coast of Gibraltar.

“If Britain does not release the Iranian oil tanker, the relevant authorities will be duty-bound to take reciprocal action and seize a British oil tanker,” Rezaei tweeted.

The top court in the British overseas territory also ruled that it can keep the ship for a further 14 days as it interviews the, mostly Indian and Pakistani, crew to determine whether or not it was attempting to flout European Union (EU) sanctions against bringing oil to Syria.

In a statement, Iran’s Foreign Ministry said that it had “described the UK’s move as unacceptable” to British ambassador Robert Macaire and “called for the immediate release of the oil tanker, given that it has been seized at the request of the United States.”

The 330-metre super tanker, known as the Grace 1, is a Panamanian-flagged vessel believed to have been en route to deliver oil to Syria at Iran’s behest when it was seized by the British Royal Marines.

The Royal Marines seized Grace 1 on Thursday for trying to take oil to Syria in violation of EU sanctions in a move which drew Tehran’s fury and could escalate its confrontation with the West.

Iran downed a US military drone on June 20 that it said was flying over one of its southern provinces in the Gulf.

Washington said the drone was shot down over international waters.

US President Donald Trump, while not specifically mentioning the super tanker incident, repeated a warning to Tehran, “We’ll see what happens with Iran. Iran has to be very, very careful,” he told reporters at the White House.

Withdrawing into the arts: a local, two-pronged strategy for fighting ISIS

The deal of economics: Egypt needs Saudi oil, but for what price?