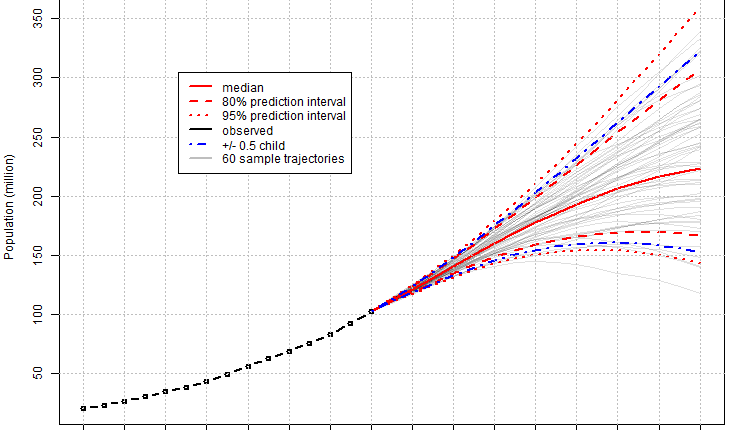 Egypt, along with eight countries, are expected to make up more than half of the projected growth of the global population between now and 2050, according to a United Nations (UN) report entitled, The World Population Prospects 2019.

The other eight countries are India; Nigeria; Pakistan; Congo; Ethiopia; Tanzania; Indonesia, and the United States (US).

World population is expected to increase by 2 billion persons in the next 30 years, from the current 7.7 billion to 9.7 billion in 2050. The report also said that India is projected to overtake China as the world’s most populous country in 2027.

Egypt’s population which exceeds 100,000,000 persons is a critical challenge that the government is faced with, as it is rapidly growing and rises from the poorest levels of the society, Youm Al-Hamakki, economic expert, told Daily News Egypt.

“I think the best way to deal with the population increase issue is social solutions. The poorest people believe that when they have more children, their incomes will increase when the children grow up and work,” she said.

Al-Hamakki recommended that the government should raise awareness among this category of people.

The government should implement programmes for empowering women to share the responsibility of their families with their husbands and enhance their thoughts about a decent life, she added.

“The population problem is a huge burden on the state budget as more people need additional health care and educational services,” she noted.

In January 2019, DNE reported that Egypt’s annual 2% population growth needs about 5% or 6% of the GDP growth to make tangible increases in living standards, Chief Economist at the European Bank for Reconstruction and Development (EBRD), Sergei Guriev, said.

Some of the largest migratory outflows are driven by the demand for migrant workers, such as Bangladesh, Nepal, and the Philippines, or by violence, insecurity, and armed conflict, such as Myanmar, Syria, and Venezuela.

Belarus; Estonia; Germany; Hungary; Italy; Japan; Russia; Serbia, and Ukraine will experience a net inflow of migrants over the decade, helping to offset population losses caused by an excess of deaths over births.

The report also confirmed that the world’s population is growing older due to increasing life expectancy and falling fertility levels, and that the number of countries experiencing a reduction in population size is growing.

The resulting changes in the size, composition, and distribution of the world’s population have important consequences for achieving the sustainable development goals (SDGs), the globally agreed targets for improving economic prosperity, and social well-being while protecting the environment, stated the report.