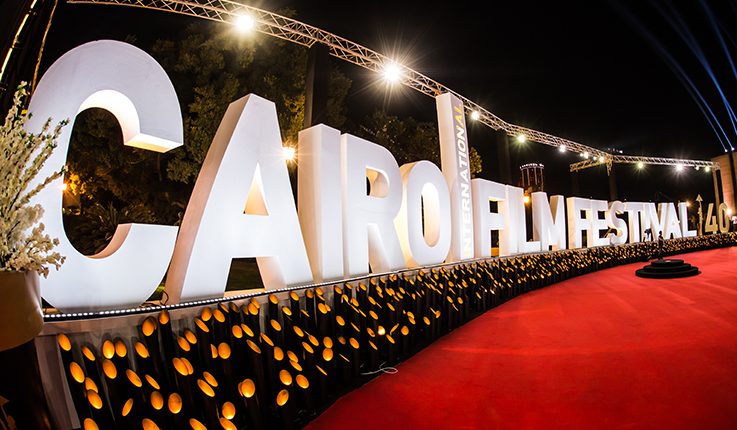 Screen International announced it will launch ‘Arab Stars of Tomorrow’, its highly successful talent-spotting initiative, at this year’s Cairo International Film Festival (CIFF). The festival, which celebrates over 40 years of spotlighting talent in the Middle East and North Africa (MENA), is a distinguished landmark in the art landscape of the region, as well as a prestigious international cultural forum, making it the perfect platform to showcase the most talented young stars from across the region.

Screen International’s ‘Arab Stars of Tomorrow’ was launched with the mandate to celebrate Arab talent and highlight the hottest up-and-coming actors, writers, directors, and filmmakers who are primed to make their mark in the international industry in the years to come.

This year’s edition will be the third ‘Arab Stars of Tomorrow’ showcase. The first two editions spotlighted 10 emerging talents from the region including Moroccan Director Alaa Eddine Aljem, who premieres his first feature The Unknown Saint in Cannes Critics’ Week this year. Other past ‘Arab Stars of Tomorrow’ include Directors Mounia Akl (Lebanon), Amjad Al-Rasheed (Jordan), and Ayman Al-Shatri (Iraq), who are all poised to shoot their debut features. Acting talents have included Egypt’s Ahmed Malek (Sheikh Jackson) Syria’s Samer Ismail (The Day I Lost My Shadow), Palestine’s Maria Zreik (Wajib), and Tunisia’s Mariam Al Ferjanim, star of the 2017 Un Certain Regard title Beauty and The Dogs.

Promising talent from the MENA region will be shortlisted by Screen International’s Middle East correspondent Melanie Goodfellow over the coming months ahead of the final list and recipients will be announced during this year’s festival which will take place from 20-29 November in Cairo.

The CIFF is one of only 15 festivals granted category “A” status by the FIAPF, and is the oldest and only internationally accredited annual film festival in the Arab world. Last year, acclaimed Egyptian producer Mohamed Hefzy was appointed president of the CIFF with a mandate to revamp and relaunch the festival.

The landmark 40th edition was deemed a success and welcomed internationally acclaimed filmmakers, actors, and festivalgoers from across the globe and launched Cairo Industry Days, the industry arm of the festival with the aim of connecting Arab filmmakers with leading international and regional professionals from the film and TV industry. The first edition of Cairo Industry Days was deemed a resounding success and welcomed a slate of speakers including President of HBO Films, Len Amato; Director of Venice Film Festival, Alberto Barbera; Double Palme d’Or winning Director Billie August, and President of Gaumont, Nicolas Seydoux. The second edition of Cairo Days will run from the 21-25 November, 2019.

Mohamed Hefzy, CIFF Festival President, said: “We are thrilled Screen International is bringing ‘Arab Stars of Tomorrow’ to Cairo. Since the CIFF’s inception in 1976, the festival has provided a platform to showcase exciting acting and directing Arab talent, many of whom have gone onto find international acclaim around the world. The region is abundant with talented, enthusiastic, and committed filmmakers and this partnership is a great opportunity to raise the profile of the regional film industry on an international stage, and identify new voices with extraordinary stories to tell, which is more important now more than ever. We are very excited to showcase the achievements and new talent coming out of the region, in collaboration with Screen International.”

Ahead of ‘Bahrain workshop’, Abbas opens fire on ‘deal of century’