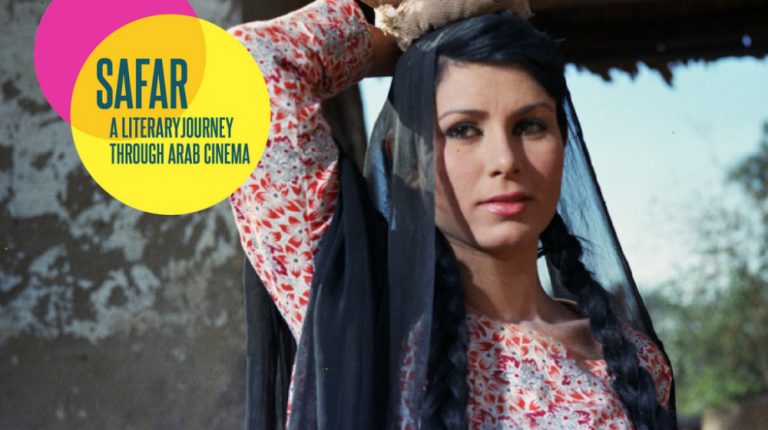 The Arab British Centre has announced that this year’s Safar Film Festival, the only UK festival dedicated to pan-Arab cinema, will take place virtually from 13 to 20 September, according to a press release.

Following the difficult decision to postpone their usual in-person edition until 2021, this year’s festival, “Safar From Home”, will offer audiences the opportunity to mark what would have been its fifth edition. Whereas film access is restricted to viewers across the UK, the press release added that the events programme will be available to viewers from around the world.

The “Safar From Home” programme will offer five screenings for audiences to view online during the festival, plus five live events spread out over five evenings. These will feature leading filmmaking talent from across the Arab world.

In keeping with previous editions, the Safar Film Festival programme has been curated around a theme. In this year’s “Safar From Home” edition, Rabih El-Khoury will explore Arab cinema through the theme of journeys: physical, emotional, transformational.

Safar, which means journey in Arabic, has since 2012 invited audiences to journey into popular, contemporary, and literature-inspired Arab cinema. This year, in a time when even taking a physical journey to the cinema is barely possible, the festival wants to bring the journey to the living rooms of audiences across the country.

Featuring films from Egypt, Lebanon, Morocco, Palestine, and Tunisia, the film programme will be accompanied by live events. These include: director Q&As and discussions; panels exploring topics such as migration and life in the diaspora; and industry talks focused on sound design.

The events programme will conclude on the final evening with a celebration, where the Arab British Centre team, along with a panel of previous festival guests, will reflect on the growth of Safar since 2012. During the panel, the participants will discuss how the Middle East’s cinema landscape has changed over the past eight years.

Speaking of his ”Safar From Home” film programme, El-Khoury said, “In a year, when travels became impossible, we wanted to offer the viewers the chance to travel to the Arab World and beyond through their screens at home. And while this programme is an invitation to imaginary journeys, the truth around the protagonists of these films is far from being a fictitious one.”

He added, “They defy their harsh realities. They question bewildering surroundings. They face unconceivable challenges. They lead quite impossible journeys. Yet through courage, resilience but also a lot of inspiration, they give a sense of meaning to their journeys.”

Amani Hassan, Programme Director and Acting Executive Director of the Arab British Centre, said, “We are very happy to announce the ”Safar From Home” initiative today. Following the difficult decision to postpone the in-person festival until 2021, we’re marking what would have been the landmark fifth edition with this alternative, virtual edition as a way to bring our audiences together and support the industry during this unprecedented time.”

She added, “Since quickly pivoting our programmes online in March, we’ve seen the thirst of people to connect with their culture, and with culture in general.”

Hassan added that the festival hopes the programme will offer Safar’s usual, unique space to appreciate, reflect upon, and celebrate the cinema and filmmakers of the Arab world, despite the physical distance.

The film and events programme will be announced in the coming weeks, as will the launch of the new, dedicated Safar Film Festival website where the festival will be hosted.

Founded and run biennially by the Arab British Centre since 2012, the Safar Film Festival is the only festival in the UK dedicated to pan-Arab cinema. The festival offers a unique space for audiences to connect with, explore, and celebrate the diversity of Arab cinema past, present, and future.

The journey of 'The Traveler'