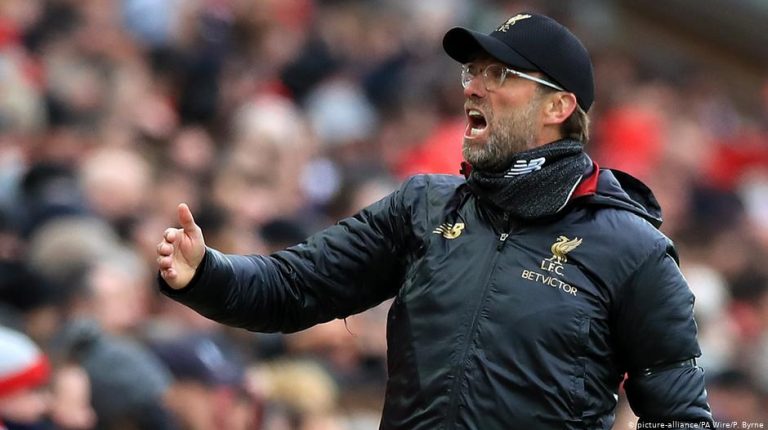 Jürgen Klopp has been named the German Football Ambassador for 2019 following his fine work with Liverpool and representing German football abroad. But Klopp’s season is not over, with a Champions League final to play.It is modesty that defines real champions. Despite enjoying one of his most successful seasons as a coach, Jürgen Klopp does not believe he is the best German coach abroad.

"Petra Landers and Michael White certainly deserved that, maybe more than I. But for some reason, the choice has been made and I'm pleased about it," said Klopp in a video message to jury and audience at the presentation of the German Football Ambassador Award, which was awarded on Wednesday evening for the seventh time in Berlin.

Klopp, who missed out on this year's Premier league title with Liverpool by one point, can look back on a strong season. His team amassed a huge total of 97 points, but due to Manchester City's exceptional season, it wasn't enough. In any other season in the history of the Premier League, which started in 1992, Klopp would be celebrating.

Just as spectacular has been Liverpool's performances in the Champions League. With a breathtaking comeback, Liverpool fought back against Barcelona in a memorable semifinal second leg. Klopp has another chance to win a European Cup following defeats in the final with Borussia Dortmund in 2013 and Liverpool in 2018, when Liverpool face Tottenham Hotspur in Madrid on June 1.

'He adds something to every club'

Klopp was not explicitly honored for his sporting merits, but also for his outstanding role as an ambassador of German football. As an interface between sport and culture, the initiative honors German coaches and players for their social engagement abroad.

"Pep Guardiola is always a favorite, but Jürgen always goes to the challengers, giving each club something," said Hans-Joachim Watzke Klopp in his tribute. Watzke was Dortmund's CEO director before Klopp arrived at the club in 2008, and the pair enjoy a close friendship that endures. "People love him because people realize that he lives the club. Jürgen is an unusual person."

Watzke also praised Klopp's optimism and his ability to draw lessons from defeats. Only recently Klopp had stated in an exclusive interview with DW that football just requires the ability to suffer. "The big challenge in this game is having a lot of frustration potential, and if God needs me to show that you lose six finals in a row and he actually tries for the seventh time, then I'm the one perfect person for that."

Barcelona goalkeeper Marc-Andre ter Stegen also received an award. The 27-year-old suffered defeat only a few days ago to Klopp's Liverpool in the Champions League, but the Mönchengladbacher won the Audience Award, in which tens of thousands of fans participated via online voting.

Former international Bernd Schuster received the honorary award: "For me, he has been the number one player for two years, and I do not think a goalkeeper could be such a good footballer." Will this message reach the national coach?