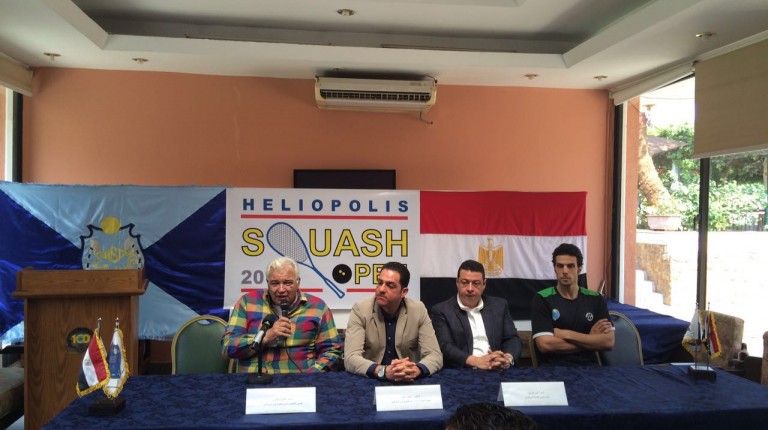 Heliopolis Sporting Club (HSC) held a press conference on Thursday to announce the 2016 National Squash Championship, which began on Friday.

The five-day championship includes more than 800 players that will play on seven courts that were prepared for the championship.

Ahmed Ragheb, head of the championship’s organisation committee and HSC board member, expressed that the championship will witness a great competition between the Egyptian and international squash champions, especially Omar Mosaad, Ali Farag, Hania EL-Hammamy, and Nour El-Tayeb.

The closing ceremony will be celebrated on the 4 April, where the winners and the HSC’s pioneers in the sport will be honored.