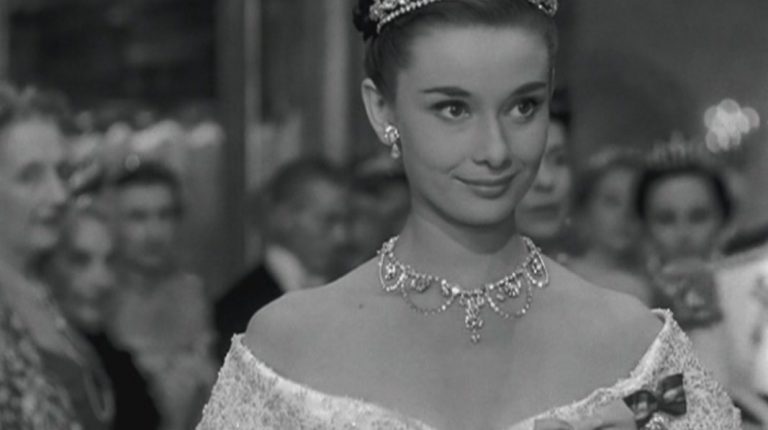 During the 1950s and 60s, Audrey Hepburn was a screen goddess. She would have turned 90 on May 4. These are the films that made her a Hollywood icon:

‘There’s such a lot of world to see…’

Hepburn became an icon in 1961 as Holly Golightly in Breakfast at Tiffany’s. Her little black dress became her trademark and has been copied all over the world. However, being an extravagant party girl is not all it is cracked up to be. Holly searches for love in New York’s nightlife and sings about it in the song Moon River.

Born on May 4, 1929, Hepburn started her acting career at the age of 20. She would have preferred dancing and singing to acting. But then she did get a chance to do just that — on Broadway. In 1952, she even received a prestigious theatre award for starring in the musical of Colette’s Gigi, which drew Hollywood’s attention as well.

Princess of the silver screen

Hollywood did not hesitate very long and quickly cast the 24-year-old actress as Princess Anne in Roman Holiday (1953), co-starring with superstar Gregory Peck who played a reporter. She gained world fame overnight, and even received her first Oscar as best actress.

In The Nun’s Story (1959), Hepburn plays a woman plagued by doubts. She feels called by God, but sees herself unable to adhere to the strict rules of the order. Some film critics called this Hepburn’s best performance. It was quite a challenging role, considering that her nun’s habit limited her means of expression.

A sparrow in Paris

The comedy How to Steel a Million?, shot in Paris in 1966, gave Hepburn plenty of opportunity to present her comical talent. As the daughter of a counterfeit art dealer, she is torn between her loyalty to her father and a detective she falls in love with. The outfit pictured above was created by her friend and personal designer Hubert de Givenchy.

Wait Until Dark (1967) is a thriller about a blind woman chased by a brutal criminal. Hepburn’s co-star, Alan Arkin, must have had a hard time during filming because he constantly had to frighten the beautiful actress. Despite his reluctance, he succeeded in his role — and Hepburn played the horrified woman with elegance.

In The Children’s Hour (1961), the two young teachers Karen (Hepburn) and Martha (Shirley MacLaine) establish a finishing school for girls, which enjoys a good reputation until a mischievous girl spreads rumours on the presumed homosexuality of the two teachers, destroying not only the school, but also the lives of the teachers. Hepburn and MacLaine are pictured with co-star James Garner.

The names of Hepburn’s male co-stars read like Hollywood’s Who’s Who : Gary Cooper, Gregory Peck, Humphrey Bogart, Fred Astaire, Peter O’Toole, Burt Lancaster — and last but not least, Cary Grant. Grant was twice as old as Hepburn when he co-starred with her in the 1963 comedy Charade, but hardly looked it. Both received a Golden Globe for this film.

Hepburn never considered herself an exceptional beauty. She was convinced her teeth were crooked and her ears and feet too big. She had never thought she would ever make it as an actress. Thirty movies and almost as many awards have fortunately proven her wrong. The British actress died on January 20, 1993.

Bambah Boutique: bringing the 1950s back

Despite losing one of his legs, a student goes from Cairo to Ain Sokhna on his bicycle

Will the real Robin Hood please stand up?