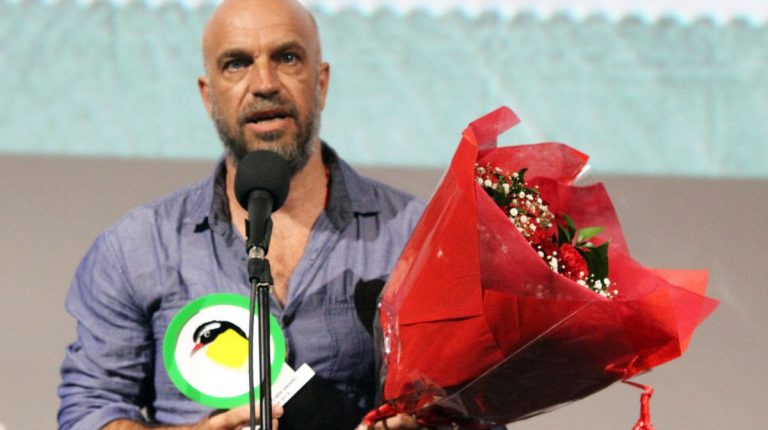 Tierra Adentro by Mauro Colombo won early this week the Yellow Robin award at the 8th edition of Curaçao International Film Festival Rotterdam (CIFFR), while the Caribbean Shorts award went to The Girl with Two Heads by Betzabé García.

The IFFR’s sister festival in Curaçao gives the filmmaking talent of the Caribbean region an international platform. The Yellow Robin Award Competition and the Caribbean Shorts Competition have proven to be a springboard for filmmaking careers, with both winners automatically selected to screen at the next edition of the IFFR. This year’s winning titles will feature in the 2020 IFFR’s Bright Future section.

This was the seventh Yellow Robin award for Colombo. The film is about the Darién Gap, a dense and mysterious jungle that divides Panama and Colombia. Colombo received a cash prize of $2,500 as well as $7,500 worth of training in the context of talent development in programmes, such as BoostNL (IFFR Pro and NederlandsFilm Festival) or CineMart (IFFR Pro).

This year’s jury consisted of artist Eva den Heijer, the IFFR 2019’s Young Film Critic Becca Voeckler, and the IFFR’s festival director Bero Beyer. Their words on the winning film: “Although it deals with weighty political subjects like deforestation and migration, it’s not didactic. It understands that one inflammable shot speaks more than a talking head explanation. It knows there is no need for additional explanation when she’s telling the story of her perilous migration, from Africa to Latin America to the United States. This is a film that understands that plural voices are what define a place, and the many perspectives they offer are what makes cinema so necessary.”

A special mention also went out to Camila Rodriguez Tirana for En cenizas. The jury described it as: “a feature that delivers a forceful meditation on trauma and loss,” and a story that left the film theatre with them.

The Girl with Two Heads won the third Caribbean Shorts Competition. The short film jury, which consisted of filmmaker Breanne Thomas, film producer Pablo Baksht, and the IFFR’s managing director Marjan van der Haar praised this film for having a “precise control of the image. It refuses to waver from its strong point of view, and offers a peek into the way two very different worlds choose to interpret that image for better or for worse.”

This competition is the result of a region-wide collaboration between seven film festivals – Cuba, Dominican Republic, Guadeloupe, Martinique, Mexico, Trinidad and Tobago, and Curaçao. Each festival submitted a short film to enter the Caribbean Shorts Competition. The winning film will screen at all these festivals, as well as the next edition of the IFFR in 2020.

Next to being officially selected for the IFFR 2020, the Yellow Robin award competition winner Tierra Adentro and the Caribbean Shorts Competition winner The Girl with Two Heads will screen at the Morelia International Film Festival in Mexico in October 2019.

Policy on Cuba is an embarrassment for United States