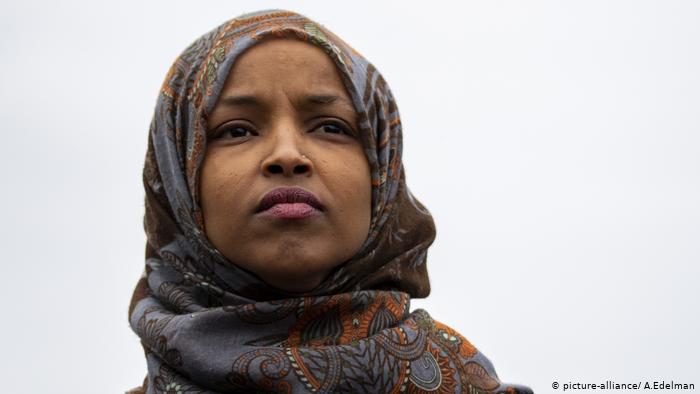 US lawmaker and House Speaker Nancy Pelosi on Sunday said she had taken steps to ensure the safety of fellow Democratic lawmaker Ilhan Omar, accusing US President Donald Trump of “inflammatory” rhetoric against her.

Earlier this week, Trump published a video on his Twitter account showing a snippet from a speech by Omar in which she says “some people did something” while talking about Islamophobia in the wake of the 11 September 2001 attacks.

The snippet was interspersed with images of when two planes flew into the Twin Towers in New York in the deadliest attack on US soil. In the tweet, Trump wrote: “WE WILL NEVER FORGET!”

Trump’s “dangerous video must be taken down,” Pelosi said. “I have spoken with the Sergeant-at-Arms to ensure that Capitol Police are conducting a security assessment to safeguard Rep. Ilhan Omar, her family and her staff. They will continue to monitor and address the threats she faces.”

The remark used in Trump’s video was part of a 20-minute speech Omar delivered on March 23 to the Council on American-Islamic Relations (CAIR). But Trump failed to contextualize her speech on Islamophobia post-9/11.

“For far too long, we have lived with the discomfort of being a second-class citizen and, frankly, I’m tired of it, and every single Muslim in this country should be tired of it,” Omar said in the speech. “CAIR was founded after 9/11 because they recognised that some people did something and that all of us were starting to lose access to our civil liberties.”

The White House, however, defended him, with press secretary Sarah Sanders saying that Trump “is wishing no ill will and certainly not violence towards anyone.” Shortly after Pelosi called on Trump to take down the video, it was removed from the top of his Twitter feed.

CAIR was established in 1994, according to its website, but membership grew significantly after 2001.

As US marks 18th anniversary of 9/11 attacks, what lies ahead for Al-Qaeda

Trump says may travel to Jerusalem for embassy opening

Why should a Middle Easterner care about Trump winning the US elections?