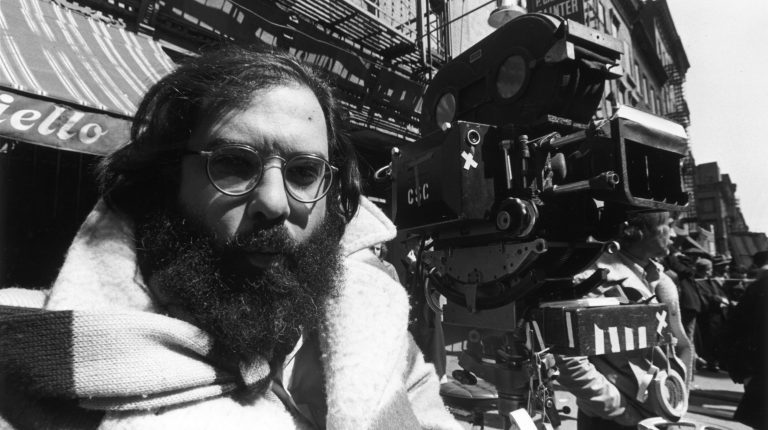 Francis Ford Coppola, now turning 80, wrote film history with a handful of blockbusters, but he also faced disastrous financial flops. Fans celebrated the eclectic career director of The Godfather through a look back at his films.

Coppola, who was born in Detroit on 7 April 1939, had a career that could have easily been the topic of a film. He was for years one of the most influential and commercially successful directors, but also faced disastrous box office flops that brought him financial ruin. At 80, he is a veteran US cinema legend.

You’re a Big Boy Now (1966) was Coppola’s third feature film after debuting as co-director three years earlier with the horror movie The Terror. The comedy is about a man who finally frees himself from his mother’s clutches and discovers life. At the time, it wasn’t quite clear where the 27-year-old director was headed.

Two films later, Coppola was offered the film adaptation of Mario Puzo’s crime novel The Godfather. The 30-year-old was not the studio’s first choice, and the project was not really close to the director’s heart, but the film was a huge success, artistically and at the box office, making Coppola one of the top directors in the US.

Coppola followed The Godfather with the 1974 thriller The Conversation starring Gene Hackman as an introverted surveillance expert. The film was not very successful back then, but today it is considered one of the best US films of the 1970s. The Conversation reflects the social and political climate of the country at the time of the Watergate scandal.

In 1974, The Godfather II was a huge success as well. Next, the director turned to the Vietnam War. Inspired by Heart of Darkness, the 19th century British novelist Joseph Conrad, and the narration by US war correspondent Michael Herr, the director told an epic apocalyptic story. Shooting took a long time, but when it was released in 1979, Apocalypse Now was an overwhelming success.

Three years later, Coppola, one of the country’s most influential directors, shot the melodrama One from the Heart, starring Nastassja Kinski. It flopped terribly and led to the director’s financial ruin. Coppola, who wanted to be independent from the big Hollywood studios, had taken his own studio to the brink.

Coppola basically had to start all over again from scratch, and also work for other producers. With talented new young actors and two movies about youth gangs, he managed a comeback: The Outsiders and Rumble Fish.

Far from humble, Coppola wanted his next film to be big again. Cotton Club (1984), set in 1930’s New York, was a wild mixture of a music and gangster film about a roaring period. But the film’s box office results didn’t cover its production costs and Coppola was struggling once more.

For years afterwards, Coppola was making films that did not meet his artistic expectations, but he needed the money. The 1988 film Tucker, starring Jeff Bridges in the role of the American entrepreneur who rebelled against the mainstream automobile industry of that day, is one of the better films from that era, and it echoes the director’s own moves toward independence.

After releasing The Godfather Saga in 1990, the director moved on two years later to shoot the classic story of the famous bloodsucker, Dracula. Reviews of the film adaptation of Bram Stoker’s novel were not overwhelmingly positive, but critics praised the film’s setting and opulence.

Over the past two decades, the director has made more headlines with the winery he runs in California than with his films. Some critics say he gets better results with his wines than with his last cinematic works, but arguably, his 1997 legal drama The Rainmaker, starring a very young Matt Damon, was the best film adaptation of the John Grisham novel ever made.

The wall of rejected classics