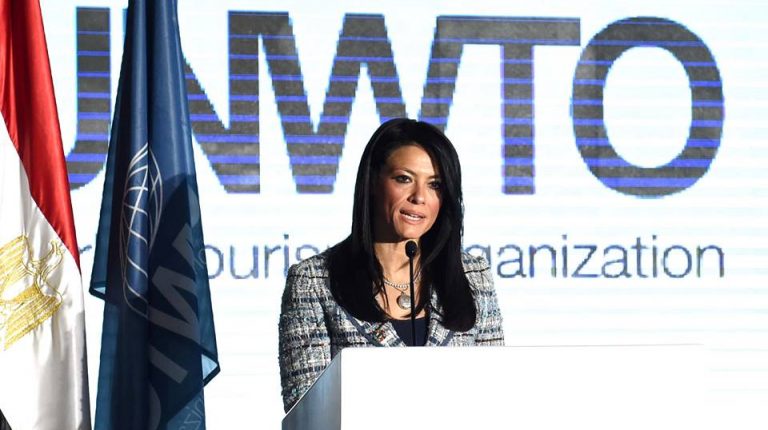 Egypt’s Minister of Tourism, Rania Al-Mashat, has been awarded a World Travel and Tourism Council (WTTC) Global Champion award at the 2019 Global Summit in Seville, Spain, for her country’s work on promoting tourism resilience.

The annual WTTC Global Champion awards recognise outstanding public officials or countries who, through their leadership, have made a difference by means of pioneering public policies and initiatives which increased the competitiveness of the sector within their respective countries.

The WTTC Global Champion award for resilience recognises Egypt’s strong leadership which has demonstrated success in recovering from adverse events.

Egypt’s tourism sector led a robust recovery. In 2018, Egypt’s travel and tourism sector continued its impressive growth (16.5%), according to WTTC data, ahead of the global average of (3.9 %).

This growth has been linked to the hugely improved security infrastructure, which has helped to attract international visitors back to Egypt’s shores, and has allowed major global travel companies to restart operations in popular destinations and increase their businesses in new tourist developments on the coasts of both the Red and the Mediterranean Seas.

Upon receiving the award, Al-Mashat said, “The ministry of tourism has adopted a new approach, the ‘Egypt-Tourism Reform Programme (E-TRP)’, designed to modernise the sector by implementing structural reforms which strengthen Egypt’s competitiveness and are in line with international standards.

For her part, Gloria Guevara, president and CEO of WTTC, commented, “Minister Al-Mashat and Egypt have shown what it means to truly prioritise the recovery of travel and tourism following a period of crisis. She has recognised the power of our sector as a driver of economic growth, job creation, and social advancement across the whole country.”