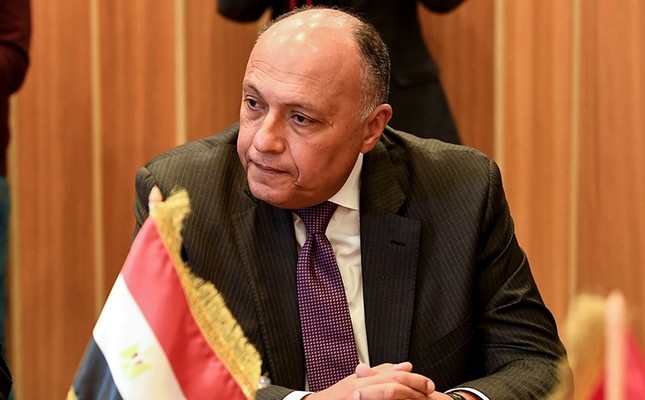 The Tunisian capital is hosting on Sunday the Arab League summit which comes at a critical time for the entire region. Arab leaders are expected to discuss the latest decision of the United States President Donald Trump to recognise the Syrian Golan Heights as Israeli territory.

The Palestinian cause will also top the discussions amid the US resolutions and the Israeli aggressions against the Palestinian people and lands. They will also address countering terrorism, the Syrian crisis, and reaching political solutions for the conflicts in Yemen and Libya.

The meeting, which addressed bilateral relations and exchanged visions about regional issues of mutual concern, came during the preparatory ministerial meeting of Arab ministers of foreign affairs, for the Arab summit which will be held on Sunday.

According to a statement of the foreign ministry spokesperson, Ahmed Hafez, the two diplomats expressed pride regarding bilateral cooperation. They also discussed means of boosting Arab mutual cooperation and the Palestinian cause.

Also on Friday, foreign ministers of Egypt, Jordan, and Iraq met in Tunisia as part of the regular meetings between the officials from the three countries in order to address means of mutual cooperation.

According to a statement by the foreign ministry spokesperson, the three diplomats exchanged views about updates concerning regional issues of mutual concern. They stressed the necessity of further developing of Arab mutual work in order to maintain Arab national security.

Syria to return to Arab League once it overcomes its current crisis: Shoukry

Without two states, there is no solution: UN Secretary General

Witness to War and Peace: Egypt, the October War, and Beyond: English memoir of Al-Sadat’s Cabinet