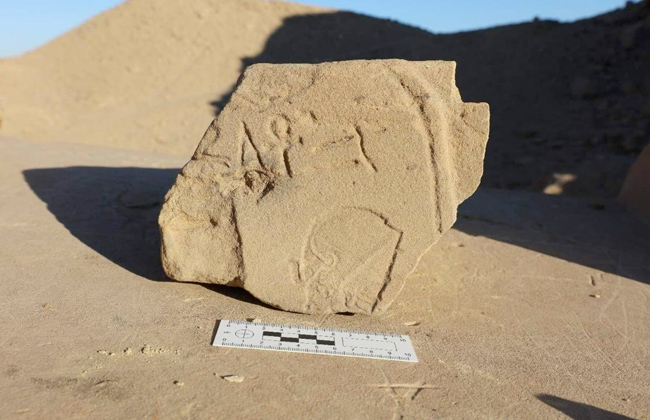 Less than a month after unearthing a wine press factory and a boat construction workshop, the Ministry of Antiquities announced on Tuesday discovering a New Kingdom’s sandstone workshop in Aswan at the hands of a Swedish-Egyptian mission.

The discovery also included a large criosphinx statue. Mostafa Waziri, secretary-general of the Supreme Council of Antiquities, stated in a press release that the statue’s dimensions are 5 metres long, 3.5 metres high, and 1.5 metres wide, and it is believed to belong to Amenhotep III of the 18th Dynasty.

The Swedish mission is headed by Maria Nilsson and John Ward from the Lund University.

Abdel Meneim Saeed, director-general of Aswan and Nubia Antiquities, said in a press release that a statue of a cobra was also discovered inside the workshop, along with a blank round-top stela.

Nilsson stated that the discovery is extremely important as it grabs the people’s attention to the area for containing more than just quarries. She added that now it is proved that the area had workshops of making various life needed architectural elements.

Both sculptures seem to be preserved in a rough-cut and had been prepared for transportation, according to the state-run media outlet, Al-Ahram Online.