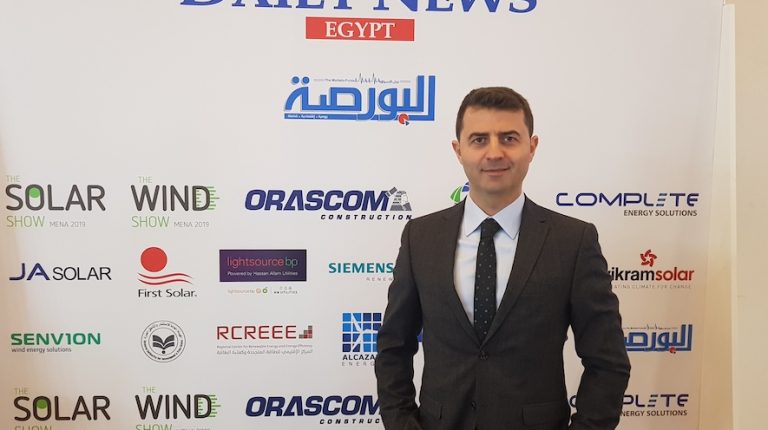 The Consolidated Contractors Company (CCC) is one of largest construction firms in the Arab world and is ranked as one of the top 20 contractors globally. The CCC currently has ongoing projects in Egypt, including the Tahrir Petrochemicals Complex at Ain Sokhna industrial zone which will cost $10.9bn

Senior Manager at CCC, Aref Boualwan, was one of the speakers at the Solar Show 2019, which was held in Cairo this month, Daily News Egypt interviewed Boualwan, asking about the company’s recent interest in the renewable energy sector and how he see its future, the transcript for which is below, lightly edited for clarity:

What drove the company to invest in renewable energy?

Our commitment toward renewable energy is not only motivated by profitability, which is important, but it wasn’t the main reason behind why we got into the sector at the start. If we go a step back and realise that the world has currently so many factors which drive renewable energy, the first being the shortage of electricity which almost one billion people suffer from globally, and the second being that the MENA has a 6% increase in the electricity capacity requirement per year. Therefore, $260bn in investments is needed in order to meet this rising and suppressed
electricity demand in the coming five years.

What are the challenges in MENA region which impede renewable energy’s growth?

The main challenge is legislation, as we should have a framework that does not only attract more renewable energy projects, but also supports them, therefore propelling the whole industry, and we need it today more than ever. It is very essential for the Arab world, especially Egypt, to take advantage of the opportunity of its location, because it is very rich in the solar energy.

Moreover, there are many projects which are being discussed about exporting renewable energy from Egypt to Europe.

The new vision of Egypt on renewable energy is very promising, we see a lot of movement from the government’s side, and we believe that if the momentum keeps going the way we see it, we will have very bright future in the energy sector in Egypt.

How do you see the future of the energy sector?

For instance, we now hear about microgrids, where you store energy produced by solar panels, which can then be used in many ways.

Our company got a shell environment award, as we build solar cabins that operate 24/7. The solar cabins have power storage which can be used at night, when of course there is no sun.

Our present investment is to scale it up globally. We have 170,000 labourers and staff power, and most of them sleep in our camps. So we want to have these solar cabins there, since it is also suitable for people who live in remote areas, where electricity cannot be reached by cables.