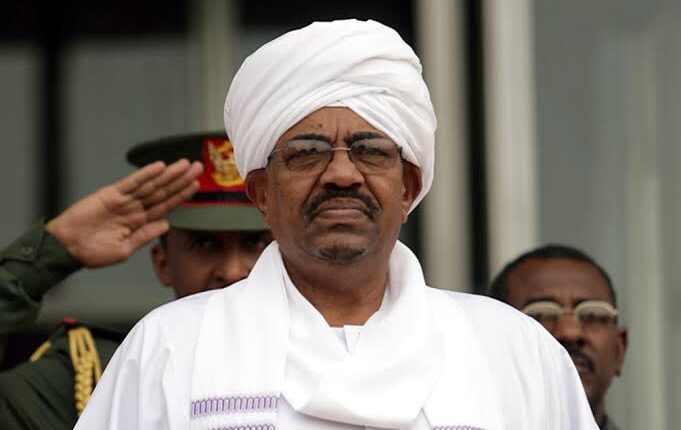 A crowd of protesters gathered in central Khartoum to march on the presidential palace early Monday while chanting slogans, including “freedom, peace and justice,” as well as, “revolution is the people’s choice”.

Sudanese police fired tear gas against the protesters in the capital Khartoum, while they were planning to move towards the palace of President Omar Al-Bashir to demand his abdication.

Despite security restriction, Sudanese demonstrations continue, as this move

is considered as the second attempt for the people to march on the presidential palace.

Last Tuesday, Sudanese professionals called for a peaceful in front of the presidential palace demanding from Al-Bashir to step down, however security forces dispersed the protest.

Just one day before this, Sudanese President Omar Al-Bashir said in a speech to the police force that “his country will get out of the crisis despite all those who are fighting Sudan.”

The march was scheduled to begin at 1 pm local and continue until the New Year. It started from the capital’s Qandoul Square towards the presidential palace in another attempt to continue their uprising.

Sudanese journalist Majeed Mohamed Ali said, “The people are the one who lead the protests and they are the ones who determine the current political movement in the country, not the government and the opposition.”

“Only a few days ago, Sudan was a file on all the discussion tables in Washington, Paris, and France, but now it is in the hands of the masses,” he added, noting that, “the continuity of demonstrations and moving from one area to another and from one city to another indicates the strength and ability, and the masses have exceeded the government and opposition parties in their movements, and are no longer waiting for anyone to determine its work.”

Moreover, Sudanese writer and political analyst, Abdullah Rizk, said that with the government’s inability to find a way to get out of the crisis, it is expected that the protests will continue amid “the system’s failure to address the crisis and the use of excessive force”.

The protests started launched in Sudan since December 19, denouncing the deteriorating living conditions, which marked the “biggest populous challenge” of Al-Bashir’s government, which ruled the country 29 years ago.

Sudan has been facing a severe economic crisis since last year as prices of some goods such as bread and medicine have doubled, inflation has risen by nearly 70% and the local currency has depreciated. Several cities have suffered a significant shortage of availability commodities over the past weeks.

The Sudanese government announced the death toll of the protesters to 19 people, while 219 civilians and 187 members of the security services were injured.

The protests were the latest in a wave of demonstrations that began across much of Sudan first against a rise in prices but later against the government of President Al-Bashir power since a 1989 military coup.

However, It is not the first time Al-Bashir has faced protests against his rule, as there were demonstrations in January over the same issues, but police used tear gas to disperse protesters in Khartoum. Similar protests were held in Sudan in late 2016 after the government cut fuel subsidies.

President Al-Bashir has long been a member of Sudan’s military establishment, which has dominated the country in the last six decades since its independence in 1956. He came to power after he joined forces with the Islamists in a 1989 military coup which toppled a freely-elected but largely ineffective government.

Fuel subsidies phasing out faces significant challenges which must be faced: WB

About 75% of fuel subsidies phased out till now, projected to be fully cut by 2020: secretary of fuel division at FECC

UN committed to create space for conflict resolution in 2019