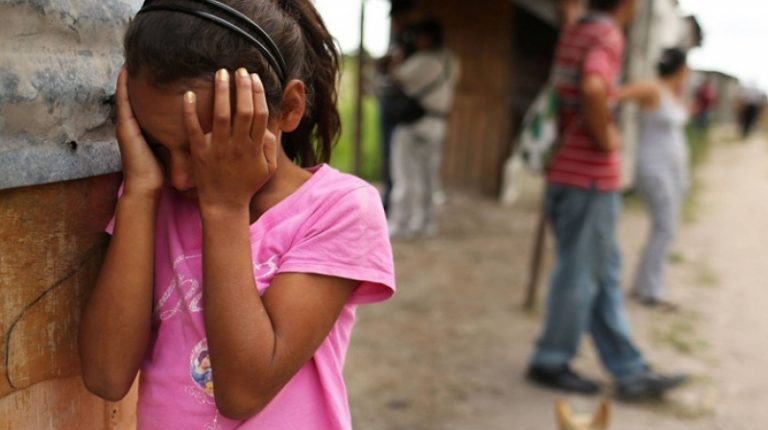 In view of the increase in children and teens’ suicides, queries emerged over parents’ legal responsibilities for these cases, and if they ought to be held accountable and charged with neglect.

Suicide is the fourth leading cause of death among children and teenagers between the ages of 10 and 14 according to the Canadian Centre for Suicide Prevention.

Unfortunately, there are low chances, shortage of information and statics regarding the numbers of suicide cases among children and teens in Egypt in recent years.

The Egyptian monitor, ‘Daftar Ahwal for Archiving and Documentation’ issued a report on suicide cases from 2011-2017. It found that the total suicide cases numbered1,746 cases, including 283 attempts, while only in 2017, 422 cases were reported, including 62 attempts.

“Would you ever imagine that a parent could neglect to the extent which might lead their child to think of or actually commit suicide?” Fawzia Abdel Sattar, a veteran professor of law at Cairo University informed Daily News Egypt. “Most children commit suicide because they their educational exams,” Abdel Sattar added.

However, Abdel Sattar argued that if the child suffers from depression and their parents were aware of their illness and did not take an action, then in this case, they have to be held responsible and questioned.

“But if they did not know, I cannot ever say that parents should be blamed for the suicide,” Abdel Sattar stated. “If parents acted in a severe violent manner which resulted in their child’s suicide, they have to be held responsible,” Abdel Sattar highlighted.

Abdel Sattar indicated that suspected parents will be only charged with committing “unintentional crime or killing,” and its punishment ranges from six months to three years in prison.

Furthermore, Abdel Sattar pointed out that in such cases, judges usually review all the case’s circumstances and then decide according to the evidence and forensic report.

During this year, Egypt witnessed an increase in the number of suicides among children. Earlier in November, a preparatory school student committed suicide himself by hanging himself. Investigations revealed that the 13-year boy commits suicide after his parent beat him up in order for him to study.

Another case was a female 18-year-old young woman whom attempted to commit suicide but survived in Al-Behira governorate, who was suffering from mental and physiological problems.

Why do children and teens commit suicide?

According to physiological experts, the majority of children and teens who attempt or commit suicide might suffer from depression, anxiety, and substantial mental health disorders.

Therefore, there is a significant responsibility which parents must bear, to monitor their children’s behaviours and notice if there are any changes in their mental states or actions.

Reasons differ from one child to another

Adults and children might commit suicide over the loss or death of a family member or a friend. A 2017 study by the University of Manchester found that bereavement was the most common suicide reason of with 25% of people under their 20s committing suicide due to bereavement; 28% people between 20-24-year-olds, an equivalent to around 125 deaths per year. The death of a family member or friend was more common in cases under 20-year-olds, the report added.

Experts believe that it differs from a child to another to commit suicide,however, there are some common reasons.

Children and teens exposed to the danger of committing suicide might suffer from low self-esteem, depression, stressors, and troubles at school or home and of course exams and the fear related to them, according to research by the Stanford Children Health (SCH).

According to the same SCH research, signs to be taken seriously including perceptible changes in eating, sleep, unusually violent, or rebellious behaviour, withdrawal from family or friends, underperforming scholastically,  and of course, speaking or writing notes about suicide.

Egypt’s Child Law punishes with a fine not less than EGP 200 and not exceeding EGP 1,000 any person to whom the child was bequeathed and, as a result of neglecting his duties, the child committed a crime or was in danger, according to one of the cases set forth in this Law.

Furthermore, Article No 96 stipulates that “the child shall be considered at risk if he is exposed to a situation threatening the sound upbringing that should be made available to him, or in any of cases including: If the conditions surrounding the child’s upbringing in the family, or at school, or in care institutions, or others, places him at risk, or if the child is exposed to neglect, abuse, violence, exploitation, or vagrancy.”

MP Enass Abdel Haleem seeks to upgrade the punishment of parents who proved to have neglected their children with “up to 10 years in prison”. Those amendments are still under discussion the parliament.

In a statement released last August, Abdel Haleem stated that it concluded some amendments in the Child Law to “criminalise the neglect that caused the death of children, or exposed them to danger or accidents.”

Abdel Haleem stated that in most cases, and when the child died, the law case is suspended or closed for the family’s welfare.

“Parental neglect should be treated as unintentional crime or killing as I said before, which its punishment should not exceeding three years and of course not 10years,” Professor Fawzia Abdel Sattar commented.

Abdel Sattar compared two crimes, if a mother neglected her child and this lead to the child’s death, and if a driver killed someone by mistake with their car. “Both are unintentional crimes. Both have to be treated equally,” Abdel Sattar stressed, concluding that 10 years in prison in such cases is shameful.

Going to school with goats in Berlin